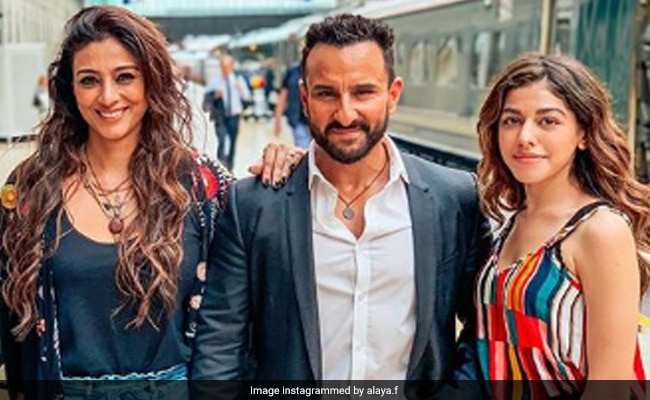 Saif Ali Khan and Tabu's latest film Jawaani Jaaneman got a decent opening at the box office as it collected Rs 3.24 crore on its first day, reported Bollywood trade analyst Taran Adarsh. The film, which marks the Bollywood debut of Pooja Bedi's daughter Alaya Furniturewalla, performed better than several solo Saif Ali Khan movies released in the recent past, stated Mr Adarsh in his report. He added that Jawaani Jaaneman "needs to trend well over the weekend" to earn respectable total at the box office. "Jawaani Jaaneman does much better than several *solo* #SaifAliKhan movies released in the *recent past*... Business witnessed an upward trend towards evening shows at metros... Needs to trend well over the weekend for a respectable total... Friday Rs 3.24 crore. #India business," tweeted Taran Adarsh.

#JawaaniJaaneman does much better than several *solo* #SaifAliKhan movies released in the *recent past*... Biz witnessed an upward trend towards evening shows at metros... Needs to trend well over the weekend for a respectable total... Fri Rs 3.24 cr. #India biz.

Jawaani Jaaneman, which also stars Chunky Panday, opened to pretty good reviews on Friday. In his review for NDTV, film critic Saibal Chatterjee gave the film three stars out of five and wrote: "The principal actors - Saif Ali Khan, debutante Alaya Furniturewalla and Tabu (in a special appearance as a coquettish bohemian who, by her own admission, is happy between meditation and hashish) - get into the swing of things with effortless ease, raising the dramedy to an out-of-the-ordinary level... Saif will draw you into Jawaani Jaaneman. Alaya will keep you glued even when the pace of the film seems to flag a bit."