Janhvi Kapoor's latest Instagram post will compel you to say aww." The 22-year-old actress, on Thursday, shared a super cute picture along with her sister Khushi, who is currently in New York for her higher studies. The throwback picture features Janhvi along with her younger sister Khushi and a giant teddy bear. The sister duo can be seen dressed in casual outfits in the picture. Khushi can be seen in a black top and a pair of matching trousers while Janhvi can be seen wearing a white sweater, a pair of black trousers. "Missing," wrote Janhvi Kapoor on her Instagram story. 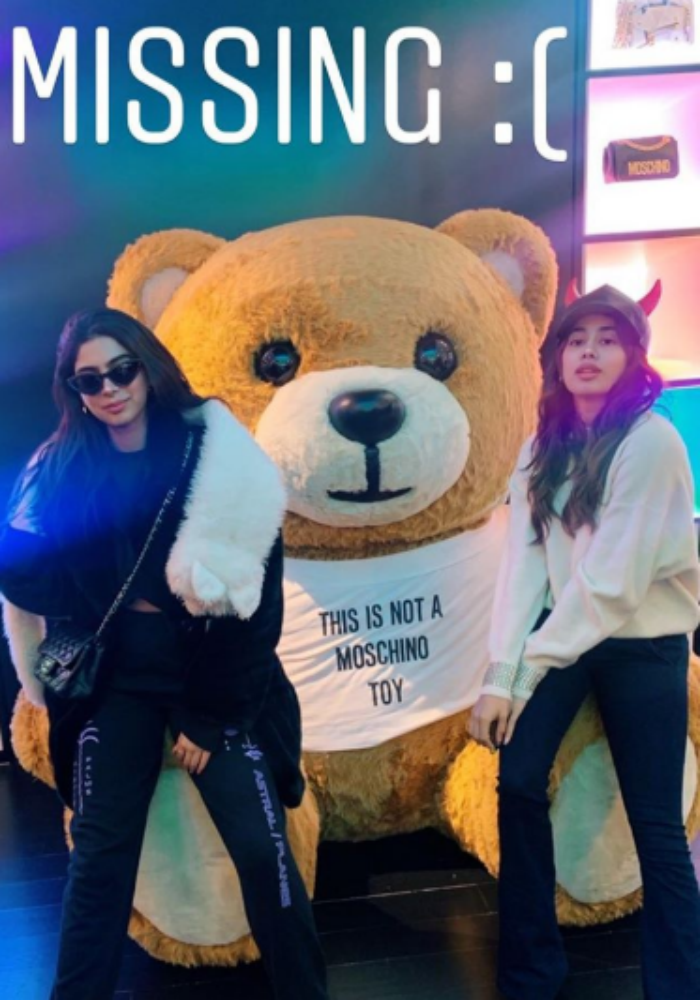 Khushi Kapoor might be away from Janhvi but she frequently makes appearances on her sister's Instagram profile. Take a look at some of the posts here:

Janhvi and Khushi are the daughters of late actress Sridevi and film producer Boney Kapoor. Janhvi Kapoor is an actor and she debuted in Bollywood with the 2018 film Dhadak, which performed fairly well at the box office. Khushi, who reportedly wanted to be a model, is also an aspiring actress. She flew off to New York in September last year for higher studies.