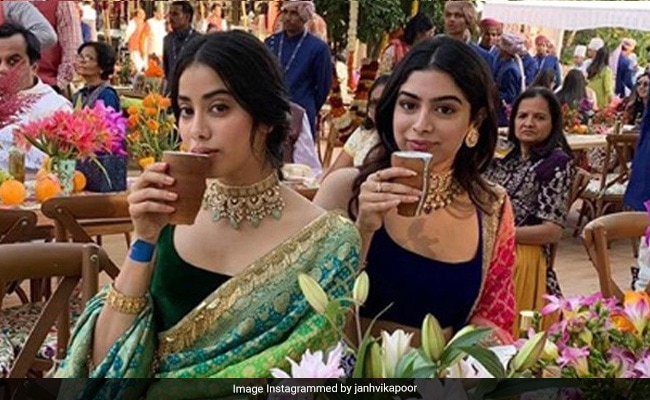 Sridevi's younger daughter Khushi Kapoor, who is studying films in New York, is away from home on her birthday and looks like sister Janhvi Kapoor is missing her the most. To make Khushi Kapoor's 20th birthday extra-special, Janhvi sent out an adorable birthday greeting to her younger sister on Instagram. Sharing a collage of goofy videos featuring the two sisters, photos from their vacation diaries and throwback memories, Janhvi dedicated this message to Khushi: "I'm so proud of you. You're my lifeline. Happy birthday. I miss you so much." Aww, isn't that cute? Khushi Kapoor is currently in the Big Apple to pursue a course in the New York Film Academy.

Janhvi's birthday post for Khushi is proof that they are staunch bfelievers of the saying "sisters before misters."

I'm so proud of you. You're my lifeline. Happy birthday I miss you so much

Khushi Kapoor left for New York in September, soon after which she was visited by Janhvi, who shared glimpses of how the Kapoor sisters took over NYC later in her throwback posts. "Miss you," she captioned one of them recently.

However, sisters will be sisters and Janhvi hilariously trolled Khushi just when she took off for New York with a post that had the hashtag "#prayingfornyc". "Fur is faux but our love isn't," Janhvi had captioned a cute photo.

While Janhvi Kapoor has already made her full-fledged debut in Bollywood, Khushi will take a call on her career in Bollywood after her degree from the New York Film Academy. On the work front, Janhvi will next be seen in films like Gunjan Saxena - The Kargil Girl, Dostana 2 and Takht, all three of which are Dharma Productions. She also has RoohiAfza with Rajkummar Rao in the line-up.