Janhvi Kapoor's Sister Khushi, Off To Film School In New York, Gets A Send-Off From Family

On social media, Sanjay and Maheep Kapoor shared pictures of Khushi to bid her farewell. 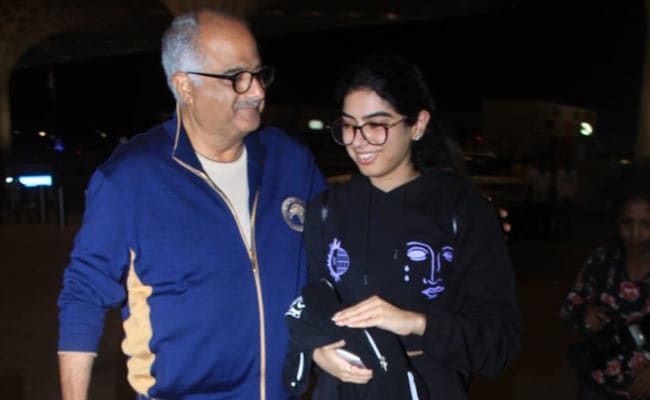 Khushi Kapoor with Boney Kapoor at the Mumbai airport.

Khushi Kapoor, daughter of Boney Kapoor and Sridevi, is New York bound for a course in films. Late on Monday, Khushi was spotted at the Mumbai airport, dressed in a tracksuit, with her father Boney Kapoor. Khushi looked happy and excited as she met the paparazzi at the airport. Simultaneously, on social media Khushi's aunt Maheep Kapoor shared a picture (also featuring her daughter Shanaya Kapoor) to bid her farewell and wrote, "#OffToCollege #WillMissYou Khushi Kapoor... Don't do anything I wouldn't do #HaveABlast." Maheep's husband Sanjay Kapoor also shared a picture of Khushi and Shanaya, probably from their recent trip to Bali, and wrote, "Will miss you, Khushi."

Khushi is the younger of Boney Kapoor and Sridevi's two daughters and her elder sister Janhvi Kapoor is an actress. Janhvi earlier told Hindustan Times that Khushi has enrolled for a course in films in the New York Film Academy and she figure out what she'll do in Bollywood after getting a degree.

Here are pictures of Khushi and Boney Kapoor at the airport: 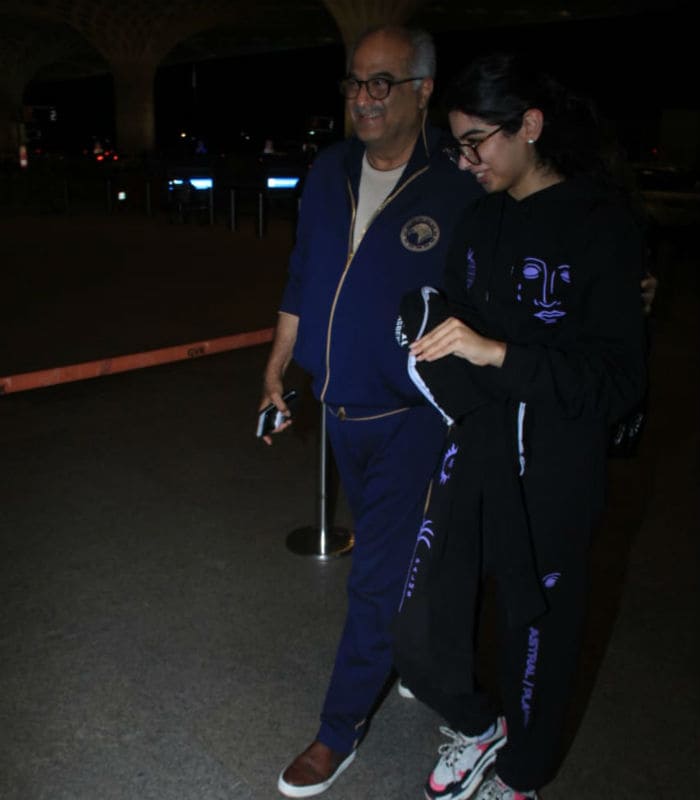 Khushi Kapoor with her father Boney Kapoor at the airport. 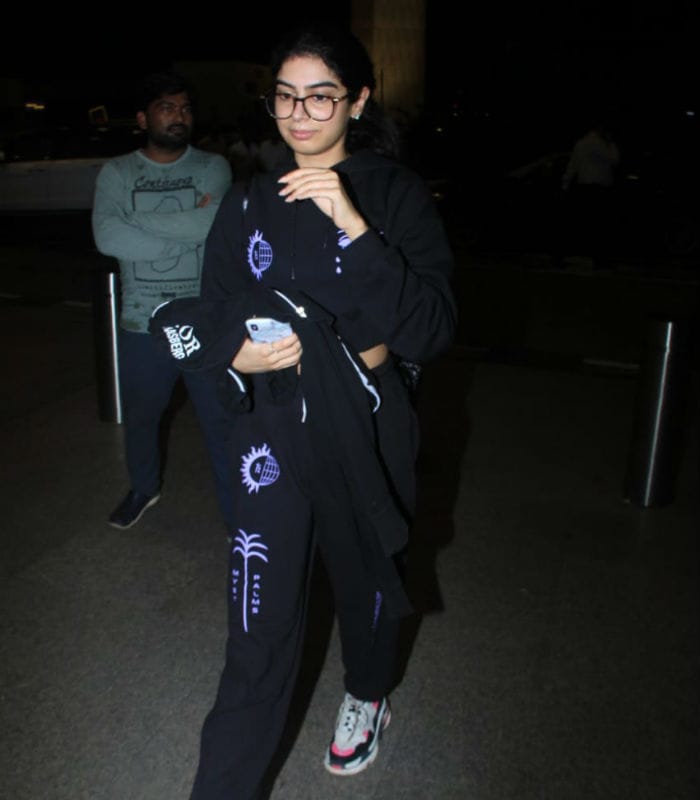 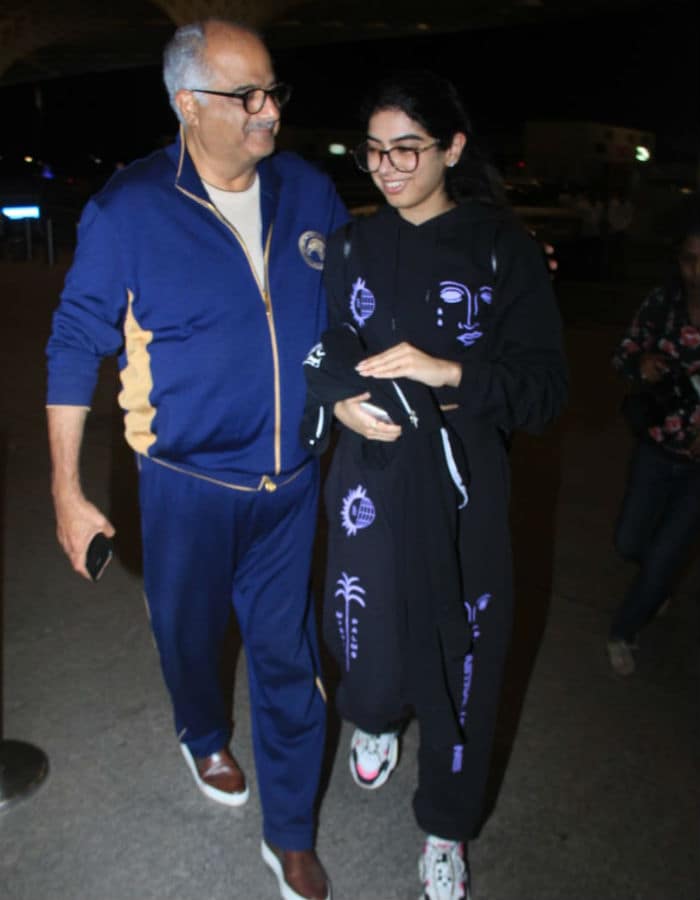 Khushi and Boney Kapoor were twinning in tracksuits.

Will Miss u khushi

Khushi Kapoor had a lot of catching up to do before she left for New York and over the weekend she stepped out for a quick lunch with Janhvi and some of their common friends. Khushi looked bright in an orange outfit while Janhvi looked pretty in a blue romper. Here are pictures from their Sunday outing at Bastian in Mumbai. 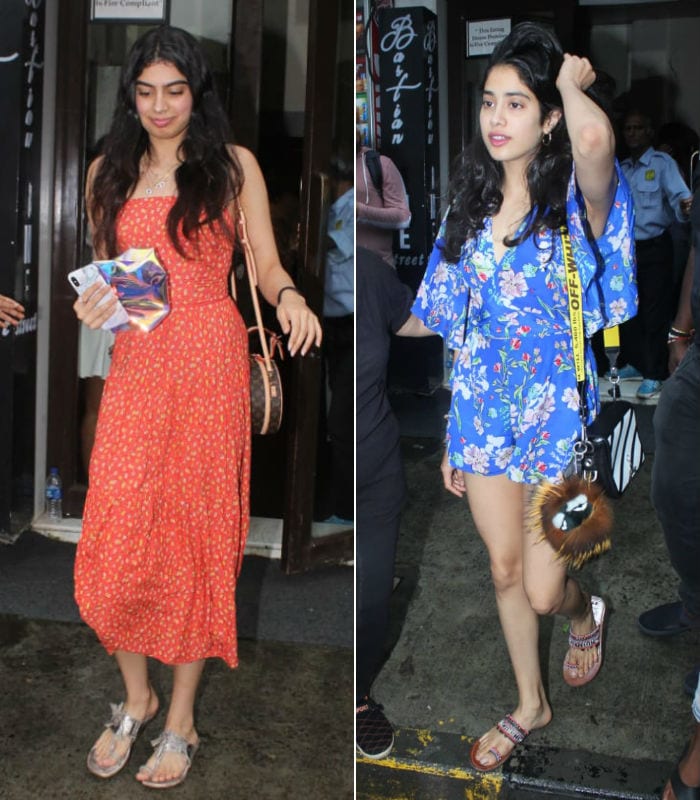 Meanwhile, Janhvi Kapoor has several projects in the pipeline to keep her busy. Janhvi's upcoming films are Gunjan Saxena - The Kargil Girl and RoohiAfza. She has also been signed by Karan Johar for Dostana 2 and Takht. Janhvi debuted in Bollywood with 2018 film Dhadak opposite with Ishaan Khatter.