Mira Rajput and Shahid Kapoor are parents to Misha and Zain 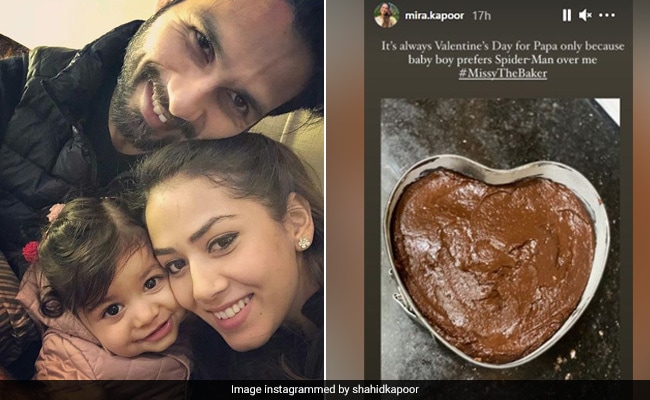 Shahid Kapoor, who is gearing up for his upcoming film Jersey, is being pampered by his daughter Misha at home. Shahid Kapoor and Mira Rajput's daughter Misha baked a heart-shaped chocolate cake for her dad and it is the sweetest gesture ever. Mira has shared proof of it on social media. Mira posted a picture of the decadent cake in her Instagram story. She called Misha, "Missy The Baker" in her post and wrote, "It's always Valentine's Day for papa..." In her Instagram story, Mira also shared that their son Zain prefers Spider-Man over her. 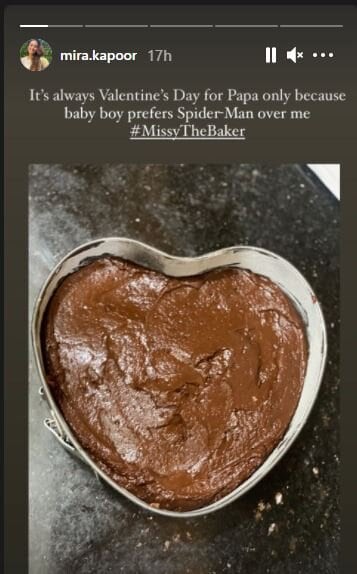 Shahid Kapoor is yet to react to the post on social media. We are sure that he would have something sweet to say to his 4-year-old daughter. Shahid frequently shares pictures with Misha on Instagram and these posts are proof of it.

Meanwhile, Shahid Kapoor will next be seen in the sports drama Jersey. The movie is directed by Gowtam Tinnanuri. Shahid's filmJersey is a remake of the 2019 Telugu film of the same title. Shahid will share screen space with actress Mrunal Thakur and his father Pankaj Kapur in the upcoming movie. The actor has completed the shoot of Jersey. The film will release on November 5 this year.

Shahid was last seen in Sandeep Reddy Vanga's film Kabir Singh in which he was paired opposite Kiara Advani. The movie was released in 2019.