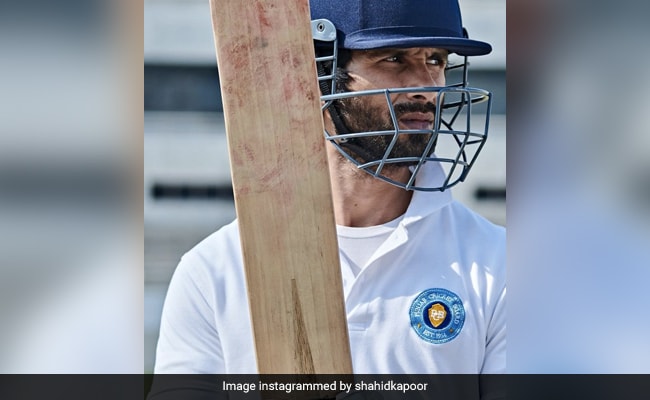 Shahid Kapoor congratulated the team of the film Jersey after it received two National Awards for Best Telugu Film and Best Editor on Monday evening. For the uninitiated, Shahid Kapoor will star in the Hindi remake of the Telugu hit of the same name. The actor, on Monday night congratulated the film on its big win and he wrote in his Instagram post: "Huge congratulations to the entire team." The actor added a dose of humour to his caption and he wrote: "Thanks for the extra pressure." The comments section of Shahid Kapoor's post was filled up congratulatory messages from his fans and friends from the industry.

Jersey showcases the story of a cricketer, who returns to play cricket in his 30s, by joining the Indian cricket team. It is a remake of a 2019 Telugu film of the same name. Directed by Gowtam Tinnanuri (who also helmed the original), the film was slated for an August 28 release. However, it was shifted due to the coronavirus pandemic. The film will be releasing on Diwali this year. The film will also feature Shahid Kapoor's father Pankaj Kapur as his mentor.

Shahid Kapoor was last seen in the 2019 hit Kabir Singh, co-starring Kiara Advani. The film was a remake of the Telugu hit Arjun Reddy, starring Vijay Deverakonda in the lead role.

Meanwhile, the National Awards for films that released in the year 2019 were announced on Monday evening. Kangana Ranaut won Best Actress for her work in Manikarnika and Panga. The National Award for Best Actor was shared by Manoj Bajpayee for his performance in Bhonsle and Dhanush for Asuran. Vijay Sethupathi was awarded Best Supporting Actor for Super Deluxe and Pallavi Joshi won the Best Supporting Actress for The Tashkent Files. Marakkar Arabikadalinte Simham won Best Feature film, while Chhichhore, starring Sushant Singh Rajput won Best Hindi Film.

Ileana D'Cruz Decodes Her Expression In This Post From Maldives