"Is No Mask The New Naked?:" Lisa Haydon's Thoughts On The New Normal 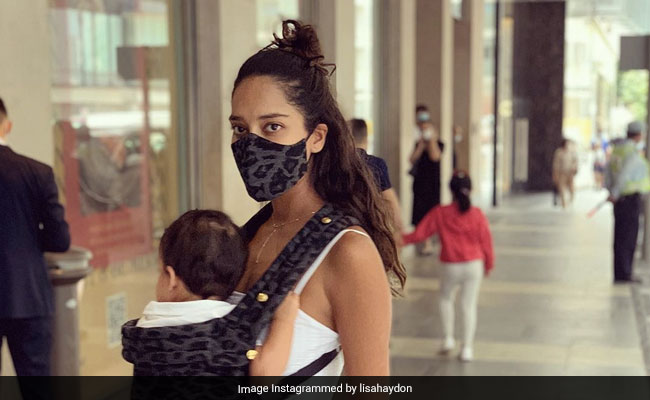 Almost everyone has a new definition of normal in the pandemic era and model-actress Lisa Haydon shared her version of the "new norm" in her latest Instagram post. She posted a picture of herself along with her son Leo. In the picture, Lisa can be seen dressed in a white outfit as she holds her little one in her hands. She can also be seen wearing a mask. Lisa captioned her post: "Is no mask the new naked? Of course the mask to match the sunglasses." She added the hashtag #thenewnorm to her post. Actress Amy Jackson commented on the post: "Favourite."

Love a good carrier ... Improves the quality of time spent running errands and getting other stuff done. This one is from @artipoppe Is no mask is the new naked? of course the to match #thenewnorm

Lisa and Dino welcomed their second child Leo in February this year. Sharing a picture of Leo along with his brother Zack, Lisa wrote in her post: "My forever valentine - Yesterday was our 5 year anniversary of the day we met, on February 13th, one freaky Friday, life has never been the same since. Thank you hub for building family with me." She added the hashtag #HeartRevolution.

Model-turned actress Lisa Haydon, who stepped into Bollywood with the 2010 film Aisha, married entrepreneur Dino Lalvani in 2016 and the couple welcomed their first child Zack in the year 2017.