A film body wrote to the Ministry of External Affairs saying that Diljit Dosanjh is performing at the behest of a Pakistani national. 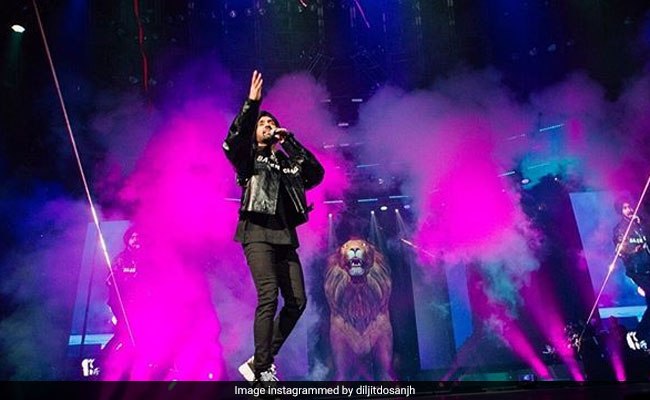 Diljit Dosanjh has announced he will postpone a concert in Houston scheduled for next weekend after a controversy erupted over the alleged organiser, a Pakistani man. The 35-year-old singer is currently on a concert tour of USA and posted a statement after a film body asked the Ministry of External Affairs to cancel his visa. Diljit said in his statement that he had 'just become aware' of the film body's letter and that his contract for the concert tour is with an agency called Shri Balaji Entertainment. "I have decided to postpone my Houston show at this time. I love my country and will always stand for the greater interest of the nation. India always," Diljit Dosanjh said. Read his statement here:

Earlier this week, the Federation of Western India Cine Employees or FWICE wrote a letter to the Ministry of External Affairs saying Diljit Dosanjh would be performing at the invitation of Pakistani national Rehan Siddiqi and would 'set a wrong precedent in view of the current alarming situation between the two countries.' The letter asked that the singer's US visa be cancelled and read "Diljit Dosanjh is a thorough gentleman and a superb singer/actor but he has been allured by the Pak National, Mr Rehan Siddiqi... It is therefore our humble request to you to cancel the visa of Mr Diljit Dosanjh and his troupe or the application for visa not be granted to restrain their performance in America as it will be labelled anti-national."

"We are doing our duty and wish the government take appropriate action. We hope you will do the needful to crackdown the menace to avoid the devastating effects," the letter read.

Here's the letter sent to the Ministry of External Affairs by the FWICE:

Federation of Western India Cine Employees writes to Ministry of External Affairs to "cancel the visa of singer and actor Diljit Dosanjh who accepted the invitation of a Pakistan National Rehan Siddiqi for a performance in America of September 21." pic.twitter.com/BVlgFb8J6F

FWICE really appreciates this stand of @diljitdosanjh . This kind of a stand sends a strong message that for Indians country comes first irrespective of prejudices and choices. You have set a precendence for the future. https://t.co/6LgudWLwt7

Diljit Dosanjh is currently in the middle of the Roar Tour, named after his 2018 album Roar. The first leg of the Roar Tour was held in Canada and the Do You Know singer and his entourage performed in the US on September 7 and they have another show scheduled for September 14.

Diljit Dosanjh is also an actor and was last seen in Punjabi film Shadaa while he's awaiting the release of Bollywood film Good News, co-starring Akshay Kumar, Kareena Kapoor and Kiara Advani. The film will open in cinemas in December this year.