In Pics: Akshay Kumar And Twinkle Khanna's Dinner Date With Bobby Deol, Tanya Deol And Others 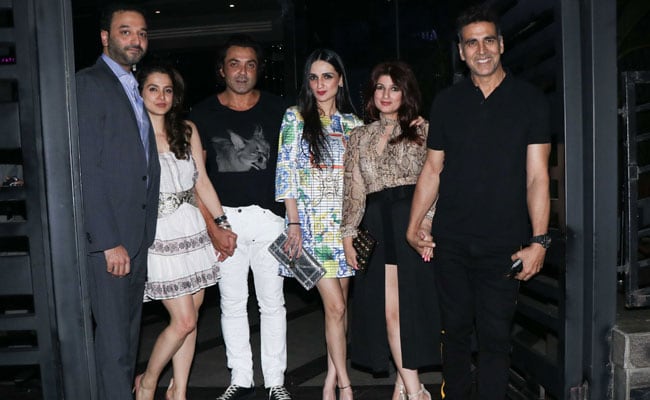 Akshay Kumar took some time off his busy shooting schedule and went on dinner date with wife Twinkle Khanna at a restaurant in Mumbai's Bandra on Thursday. They were accompanied by Twinkle's close friend Anu Dewan and her husband Sunny Dewan, Bobby Deol and wife Tanya Deol. The flashbulbs popped incessantly as the group was spotted exiting the restaurant. Akshay and Twinkle exited the restaurant hand-in-hand and were all smiles for the paparazzi waiting for them. Twinkle looked stunning in a black skirt and printed georgette top while Akshay Kumar complemented her in black tee and pants.

Here are photos from Akshay Kumar and Twinkle Khanna's mid-week outing with friends: 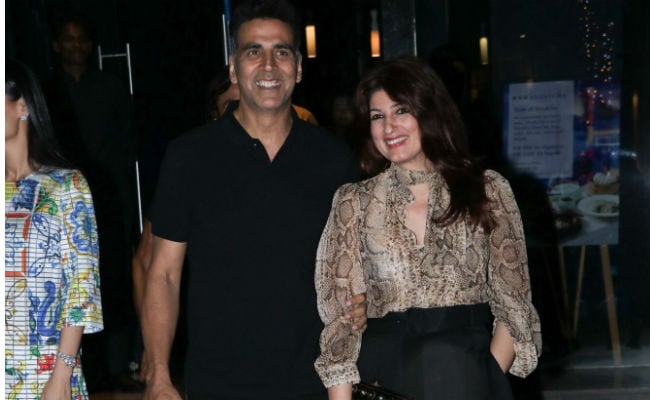 Akshay Kumar with Twinkle Khanna outside the Bandra restaurant 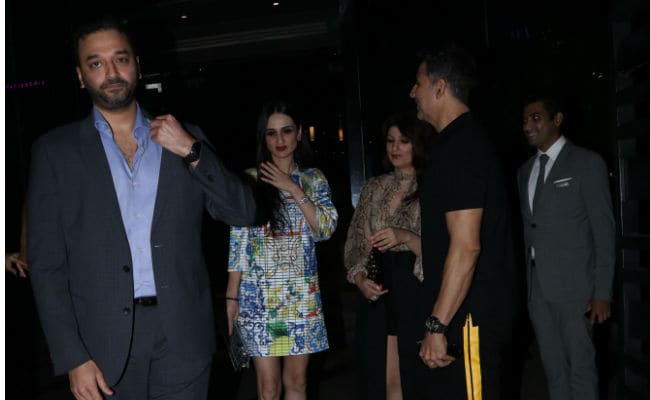 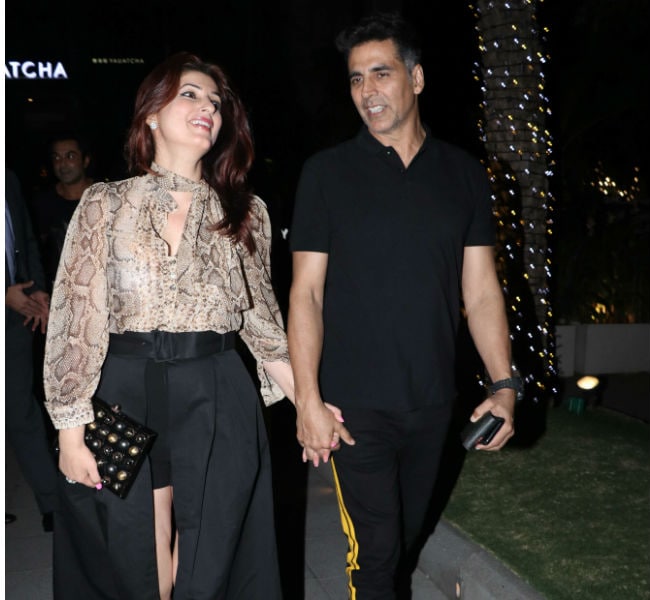 Meanwhile, Akshay Kumar also announced his new film, Mission Mangal, which will be directed by Jagan Shakti and PadMan director R Balki will be co-producing it. Akshay unveiled the cast of the film by sharing a post on social media recently. Sonakshi Sinha, Vidya Balan, Taapsee Pannu, Sharman Joshi, Kirti Kulhari and Nithya Menen are all part of the forthcoming film.

Proud and excited to bring the story of India's Mars Mission, #MissionMangal to you. Coincidentally the mission was launched on this very date, 5th Nov. 2013. Meet the team and do share your best wishes for our shubh mangal journey. Shoot begins soon @foxstarhindi @sharmanjoshi #KirtiKulhari @taapsee @balanvidya @aslisona @nithyamenen

Akshay Kumar is currently busy with the promotional duties of his upcoming film 2.0, co-starring Rajinikanth. He also has Anurag Singh's Kesari and Raj Mehta's Good News in the pipeline.