In a talk show, Priyanka spoke about her wedding to American pop-singer Nick Jonas, her featuring in his music video Sucker and her marriage 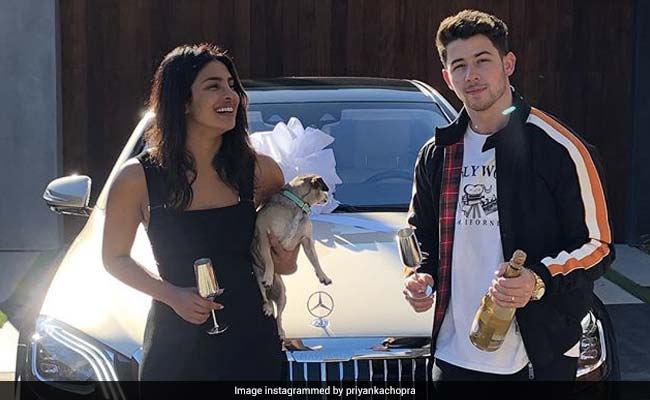 Priyanka Chopra and Nick Jonas, forever like this (courtesy priyankachopra)

Actress Priyanka Chopra Jonas says she is a terrible wife as she does not know how to cook.

Priyanka made an appearance on ABC's chat show The View, where she spoke about her wedding to American pop-singer Nick Jonas, her featuring in his music video Sucker and about her marriage.

Find someone who looks at you like that... @nickjonas

"I can't cook. I told him that when he proposed... I said listen, 'You are from a good Southern home, you are used to your mom making amazing food (but) you are not marrying that (type of) girl. I can't cook," Priyanka said on the show.

The 36-year-old actress confessed that the only thing she knows how to make is eggs.

"I am a terrible wife in that sense. But the most amazing thing is that, when I told him 'Babe I cannot cook...' he said: 'It's alright babe, neither can I.'"

Best travel buddy ever..hello Delhi.. so good to be back.. @nickjonas