How Karan Johar Is Making Up For Promoting Sridevi's Daughter Janhvi, According To Twitter 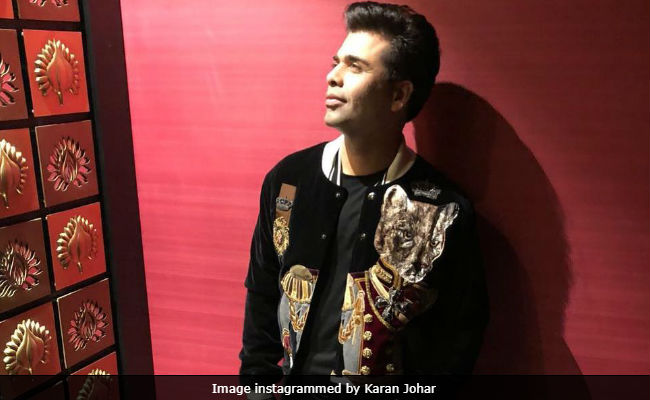 New Delhi: Just days ago, Twitter had a problem with Karan Johar launching Sridevi's daughter Janhvi Kapoor in new film Dhadak opposite Shahid Kapoor's brother Ishaan Khattar. "When will you stop promoting these star kids," asked Twitter. Now, social media is upset because the filmmaker is co-judging a talent hunt show - India's Next Superstar. In the show's promo, Karan Johar says, "Na Khaandan na sifarish... sirf aapke talent ka intezaar," which Twitter thinks is his "answer to nepotism." The Internet thinks that Karan Johar is looking for a 'makeover' vis-a-vis his show. Like this Twitter user, who asked: "Why doing this drama?"

Why doing this drama. Thousands of strugglers must be visiting you daily. You never gave them any chance but just launched star kids.looking for an image makeover?

Have seen too many shows like this since myy childhood Sirjiiii. Do we really see them getting the lead roles like the mainstream actors ???

Nepotism aside, Karan Johar is also being trolled for the typo in the tweet about his new show. Karan Johar spelled superstar as 'siperstar' and one Twitter user said: "In your excitement, Superstars demoted to Siperstars? Yeah kya ho Raha hai."

Is it SUPERSTARS or SIPERSTARS? Pls spell check bro...

Promoted
Listen to the latest songs, only on JioSaavn.com
Earlier this year, actress Kangana Ranaut labelled Karan Johar as the "flagbearer of nepotism" in Bollywood, which snowballed into a series of controversies. In Karan Affairs, KJo's column for NDTV, the filmmaker said he agreed that there is nepotism but he also said that he has launched several artistes with non-films background. "I have also launched Sidharth Malhotra who has nothing to do with anyone, but why bother mentioning that." Sidharth Malhotra debuted in Student Of The Year along with Alia Bhatt (daughter of Mahesh Bhatt) and Varun Dhawan (son of David Dhawan).

As of now, Karan Johar is producing Dhadak with Janhvi and Ishaan in lead. The film will be directed by Shashank Khaitan, who also made Humpty Sharma Ki Dulhania and Badrinath Ki Dulhania for Karan's Dharma Productions.