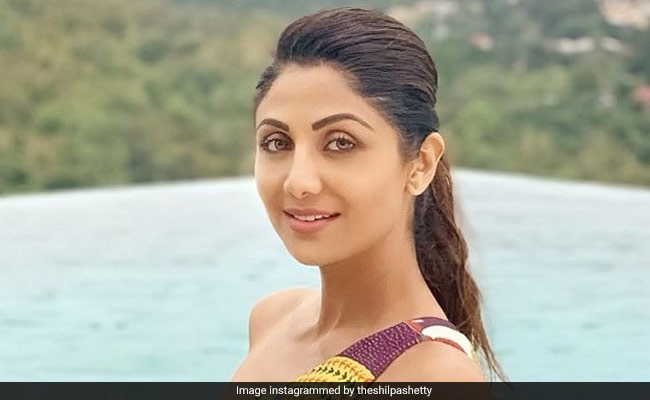 Actress Shilpa Shetty, who has a reputation for being a fitness enthusiast, recently rejected an endorsement offer for a brand of Ayurvedic slimming pills, reported mid-day. Revealing the reason behind her turning down the deal, the 44-year-old actress told the publication that she would never represent a product which she won't endorse herself: "I can't sell something that I don't believe in." Elaborating on his point, Shilpa Shetty added she believes the best alternative to slimming pills is a lifestyle change and that's what she would rather advocate for: "Slimming pills and fad diets can be tempting since they promise instant results, but nothing beats the sense of pride of being committed to your routine and eating right. A lifestyle modification works so much better in the long term."

"But she has always been clear about adopting the healthy route to fitness. A strict yoga practitioner and a firm believer in the concept of eating right, she has, time and again, cautioned youngsters to not fall for fad diets or unnatural substitutes for weight loss. It was a no-brainer for her to let the deal pass," the source added.

Apart from her career as an actress, Shilpa Shetty is also a yoga expert and recently launched her own fitness app. She also has a huge audience for her healthy cooking videos on Instagram. Shilpa Shetty often fills up her social media pages with work-out videos in her attempt to inspire fans and followers towards a healthy lifestyle.

Get motivated. Stay motivated. I know it's easier said than done, but the sense of pride one feels when you stick to your routine against all odds is unmatched. A mix of #functional and #yoga my favourite... love the malasana going into the Uttitha Chaturanga dandasana. Thank you @bencolemanfitness. You're a rockstar! #mondaymotivation #core #workout #breathe #londondiaries #keepitgoing #enjoy fitness #gratitude #training #yoga #malasana #utthitachaturangadandasana #instafit #swasthrahomastraho #ssapp #gratitude #fullbodyworkout

On the work front, Shilpa Shetty was last seen as a judge on reality show Super Dancer 3.