Shilpa Shetty On Prepping For Comeback Film Nikamma: 'It's All New For Me'

Shilpa Shetty said, "I am enjoying the process. I think this is the right time since it is all about content now." 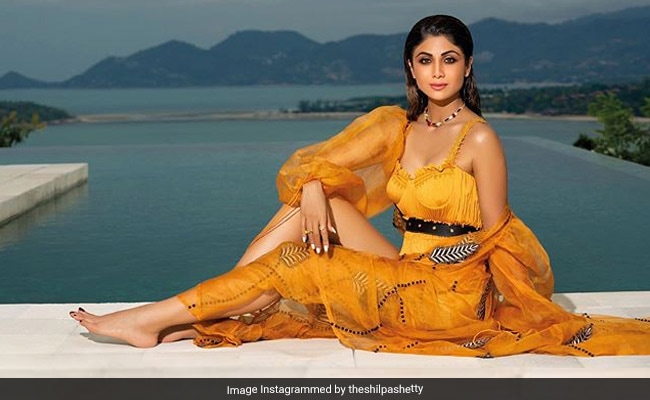 Actress Shilpa Shetty recently announced that she's returning to films after a 13-year sabbatical with Nikamma and she opened up about her preparation for the film in an interview with news agency IANS and said that she'll be 'presented in a different manner' in the film. Shilpa Shetty, who was last seen onscreen in 2007 film Apne said that she's preparing for Nikamma in a way she's never done before. She told IANS, "I will start shooting for the film soon. I am reading up for the film, and preparing in other ways, so it's all new for me. I am enjoying the process. I think this is the right time since it is all about content now. I really liked the script of the film."

The romantic comedy, also starring Abhimanyu Dassani and Shirley Setia, is directed by Sabbir Khan. "I feel Sabbir Khan who is the director of the film is presenting me in a different manner so, I am really excited for it," Shilpa added.

When asked Shilpa what she feels about returning to films after 13 years, Shilpa said: "I think once an actor always an actor, and once you taste the blood you cannot stay away from it for a long time."

After debuting in Bollywood with 1993 film Baazigar, Shilpa ruled the Nineties with several hits such as Dhadkan, Main Khiladi Tu Anari,Garv, Auzaar and Phir Milenge. When she was not making films, Shilpa picked up television assignments and featured as a judge on reality shows like Jhalak Dikhhla Jaa, Nach Baliye and Super Dancer.

Nikamma is scheduled for release in summer 2020.