"It's a refreshingly unique project and I am looking forward to working with Sabbir," said Shilpa Shetty 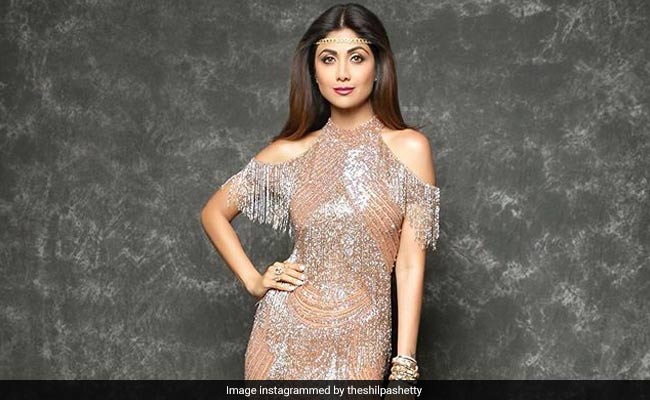 Actress Shilpa Shetty, who was last seen in the 2007 film Apne, is all set to make a comeback on big screen after 13 years with Sabbir Khan's action film Nikamma. Announcing the news on her social media, the 44-year-old actress shared an article by Bombay Times and wrote that her "sabbatical of 13 long years" finally comes to an end. "Yes, it's true! My sabbatical of 13 long years comes to an end... I am so excited to announce that the film you will see me next in is #Nikamma, directed by Sabbir Khan (cast still being finalised) featuring these amazing and talented actors Abhimanyu Dassani Shirley Setia. Need all your blessings and thank you, for all the love always," Shilpa Shetty captioned her post.

Yesssssssss, it's true! My sabbatical of 13 long years comes to an end.. I am so excited to announce that the film you will see me next in is #Nikamma , directed by @sabbir24x7 (cast still being finalised) featuring these amazing and talented actors @abhimanyud @shirleysetia @sonypicturesin. Need all your blessings and Thank you for all the love always #SabbirKhanFilms #ShilpaShettyInNikamma #gratitude #doingwhatilove #lovewhatido #films #backwithabang #love #announcement #bombaytimes

Speaking about collaborating with Shilpa Shetty for his new project, Sabbir Khan told Bombay Times: "Shilpa is a much loved name in every household and she was very clear right at the onset that her comeback would have to be with a worthy role. It's a dynamic part and I am glad to be working with her and bringing her back for the fans, who miss her."

Shilpa Shetty ruled the Nineties with several hits such as Dhadkan, Main Khiladi Tu Anari, Rishtey, Garv, Auzaar and Phir Milenge. She made her acting debut with Shah Rukh Khan's 1993 thriller Baazigar. Other than Bollywood, Shilpa has also worked in Tamil, Telugu and Kannada films like Mr. Romeo (1996), Veedevadandi Babu (1997) and Auto Shankar (2005).

The actress marked her presence in the television industry by judging several reality shows including Jhalak Dikhhla Jaa (2006), Bigg Boss (2008), Nach Baliye (2012-14) and Super Dance (2016-2019). She was also announced as the winner of the British reality television series Celebrity Big Brother 5 (2007).