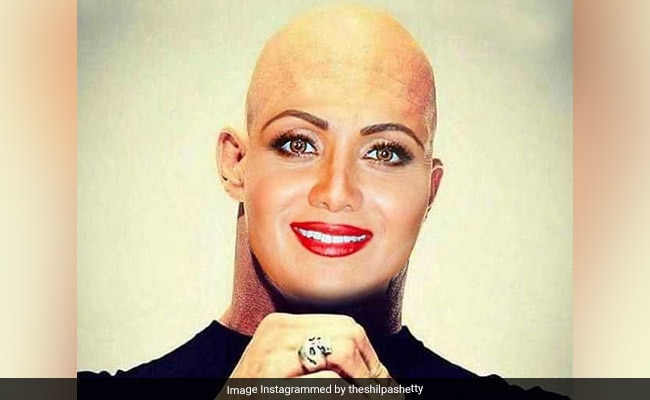 WWE star John Cena and Bollywood actress Shilpa Shetty's Instagram exchange is cracking up the Internet. On Friday, John Cena shared a meme featuring Shilpa Shetty and her reaction to the post was equally interesting. John shared a morphed picture of the American wrestler Steven Anderson with Shilpa's face on it and the caption on the meme read: "Stone cold Shilpa Shetty Kundra." For those who don't know, 'Stone Cold' is the stage name of Steven Anderson's. (Hence the stone cold reference). John Cena wrote "Hahahahaha" in his caption. Just like John, Shilpa too was rather amused by the meme. She shared the post on her Instagram profile and wrote: "This is hilarious... I certainly 'Didn't SEE' this coming."

A few days ago, John Cena shared a special message for Shilpa Shetty's son Viaan Raj Kundra after he featured in a solo interview, in which the six-year-old expressed his love for the WWE superstars, especially John Cena. The WWE star was mighty impressed with Viaan's knowledge and he even sent him a special video message for him."Hey Viaan, this is your buddy John Cena. I saw your video and your muscles. I had to get back to the gym and start working on myself. You are enormous. I can see you singing the song, 'My time is up, your time is now'. It's Viaan boy, you are shining now," John said in his message.

After @TheShilpaShetty's son, @ViaanRajKundra expressed his love for @WWE and his all-time favourite Superstar @JohnCena, he sat down to discuss this more with #WWENowIndia host @Ga3lyn and even received a special message from the 16-time World Champion. pic.twitter.com/0ebnDLIx0r

On the work front, Shilpa Shetty was seen as one of the judges on the TV reality show Super Dancer Chapter 3, along with choreographer Geeta Kapoor and filmmaker Anurag Basu.