For Priyanka Chopra, Every Day Is Daughters' Day. See What She Posted For Malti Marie 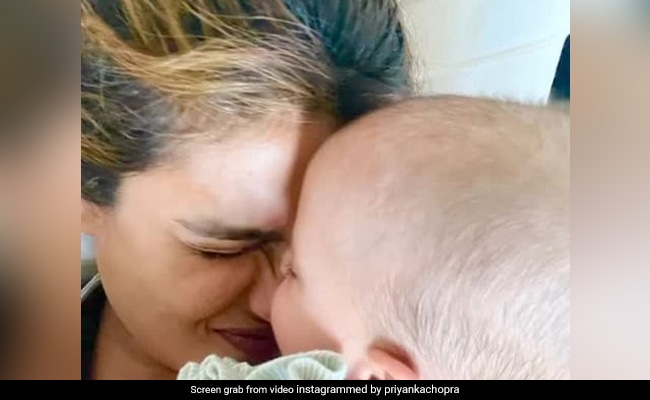 Priyanka Chopra may have been a day or two late in sharing a Daughters' Day post but we can't overlook the fact that her post is the definition of adorable. The actress shared a picture collage on her Instagram stories. The first picture happens to be a super cute click of Priyanka with daughter Malti Marie. The second one is throwback picture of Priyanka Chopra with her late father Ashok Chopra. Priyanka Chopra lost her father to cancer in the year 2013. The actress captioned the post: "A day late but its always International Daughters' Day in my book." She accompanied the pictured with the song Isn't She Lovely. 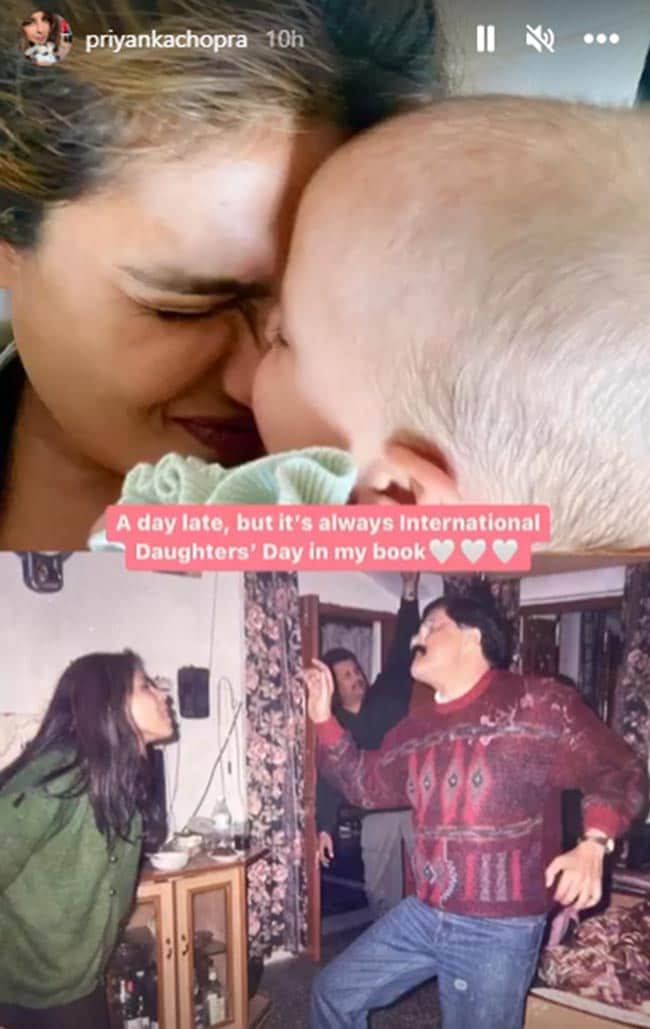 Priyanka Chopra and Nick Jonas welcomed a daughter via surrogacy this year. Announcing the arrival of their baby, the star couple shared a statement in January. The statement read: "We are overjoyed to confirm that we have welcomed a baby via surrogate. We respectfully ask for privacy during this special time as we focus on our family. Thank you so much." We absolutely love it when Malti Marie features on her mom's Instagram profile. See some of the posts here:

Priyanka Chopra, who was last seen in Matrix 4, will next be seen in Russo Brothers' Citadel.