"I Am Coming Home": For Kareena Kapoor, Summer Has Officially Ended 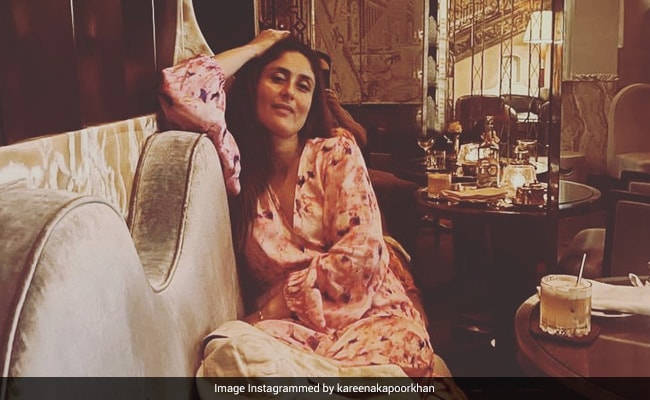 Kareena Kapoor is finally coming come and she has made it a point to share the news with her Instagram family. Kareena, who was  on a family holiday with her husband, actor Saif Ali Khan and their children Taimur and Jeh, has said that the “Summer has officially ended.” The diva has picked a gorgeous picture of herself and wrote, “I am coming home…Summer has officially ended…Get up…Stand up…Get to work…Mumbai, I am ready for you.”

Arjun Kapoor, who has worked with Kareena Kapoor in the film Ki & Ka, was among the first to drop a comment. Pointing at Kareena's OOTD, he wrote, “Kaftaaan.”

Kareena Kapoor's “Summer of 2022” album screams travel goals. Be it mushy selfies with Saif Ali Khan or cute postcards featuring Jeh, it is safe to say that Kareena and family had a blast. And, if you ask us to pick one of our favourite pics from the holiday album then it has to be the image featuring Kareena, Jeh and the rainbow. The actress, in her sidenote, wrote, “Can we cuddle under a rainbow always and forever…?? Because there is nothing else I want or no where else I would rather be…”

Kareena Kapoor also shared a few snaps with Saif Ali Khan. Well, yes, the pictures are worth all your attention but the caption can't be missed either. It read, “Beach pe a jacket and a kiss…the English Channel…Is that summer in England?”

Here is another picture from Kareena Kapoor's travel album. Of course, it features Jeh.

Kareena Kapoor will next appear in Laal Singh Chaddha opposite Aamir Khan. The film, directed by  Advait Chandan, is a Hindi remake of the Hollywood classic Forrest Gump, which featured Tom Hanks in lead. The movie also stars Mona Singh in a crucial role. Laal Singh Chaddha will release on August 11.