Kareena Kapoor is on a holiday with her family in Europe 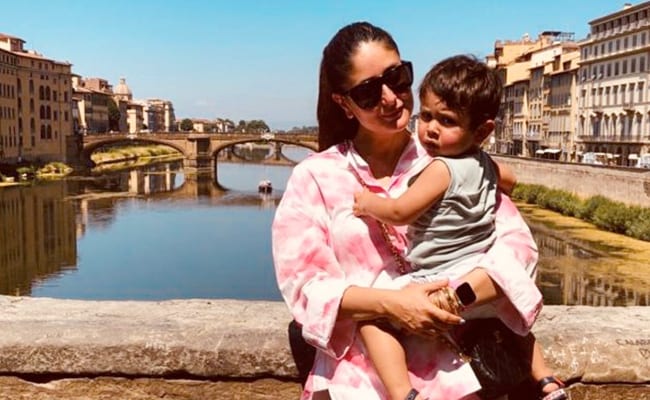 Kareena Kapoor's love for travel has been well-documented by the actress on Instagram. The star is often seen visiting scenic locations with her husband, actor Saif Ali Khan. Now, Kareena is on a family vacation with Saif and their two sons Taimur and Jeh. Keeping fans clued in, Kareena has dropped a bunch of images on Instagram. The caption read, “Life is beautiful.” In the images, Kareena is dressed in a pink and white co-ord set, without a trace of makeup. Kareena looks glamorous as always with her hand on Jeh's stroller. 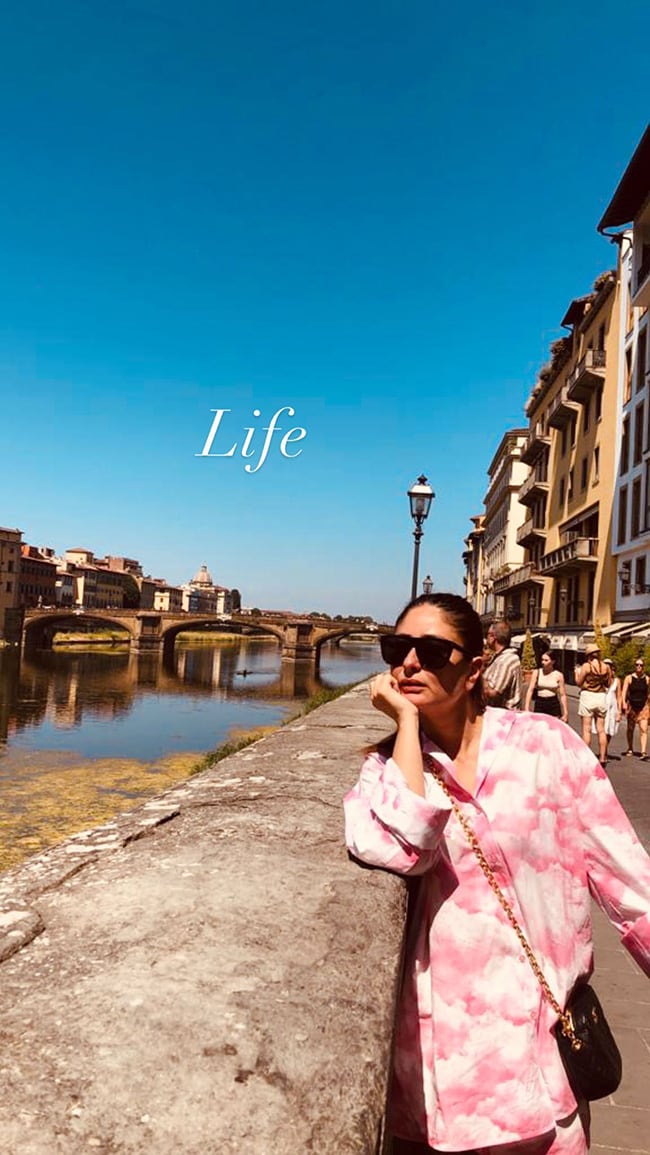 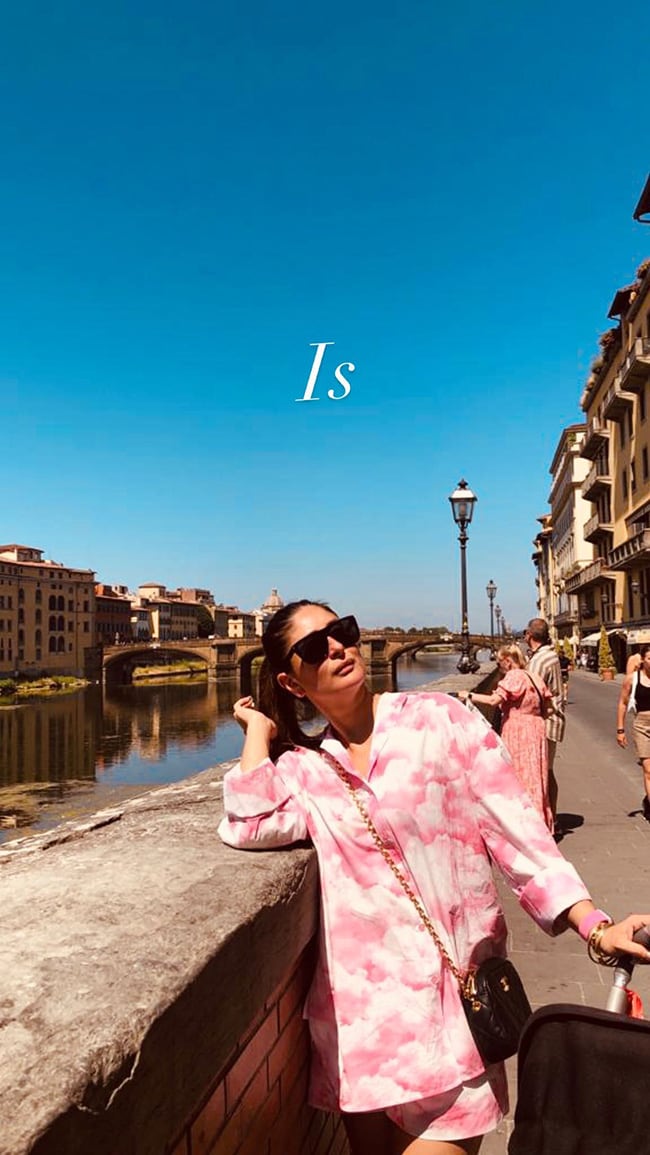 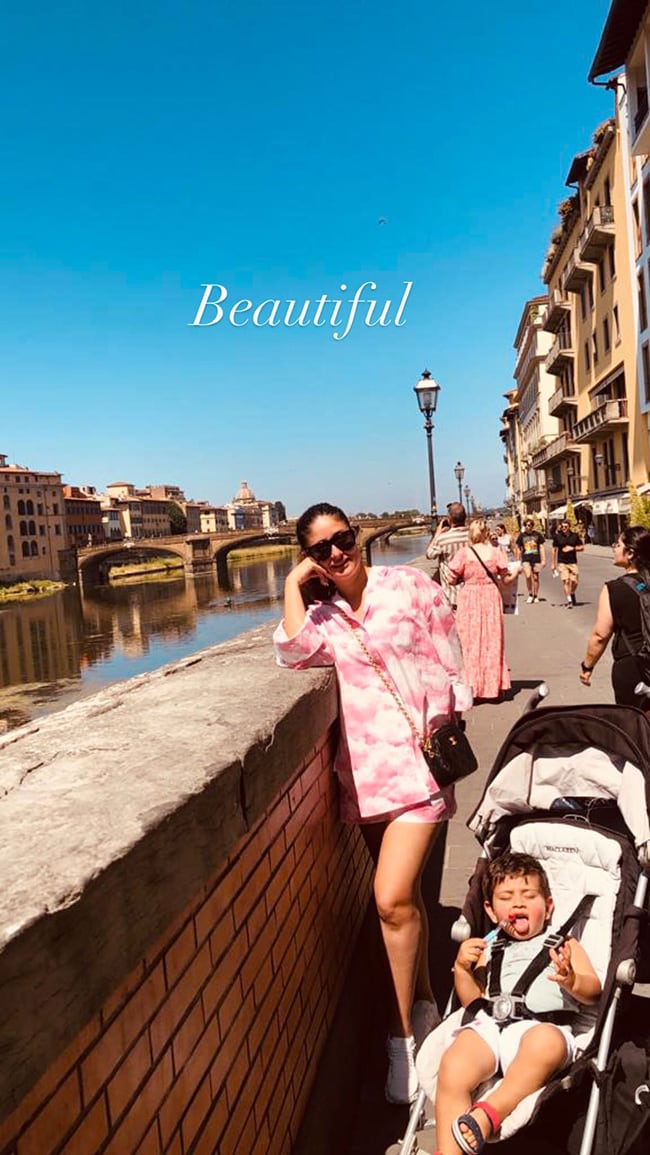 In another Instagram Stories, Jeh can be seen abandoning the stroller for his mother's arms as the mother-son duo pose on Ponte Veechio, the arch bridge over the Arno River in Florence, Italy. Along with the image, Kareena said, “At Ponte Veechio,” with a heart emoji. 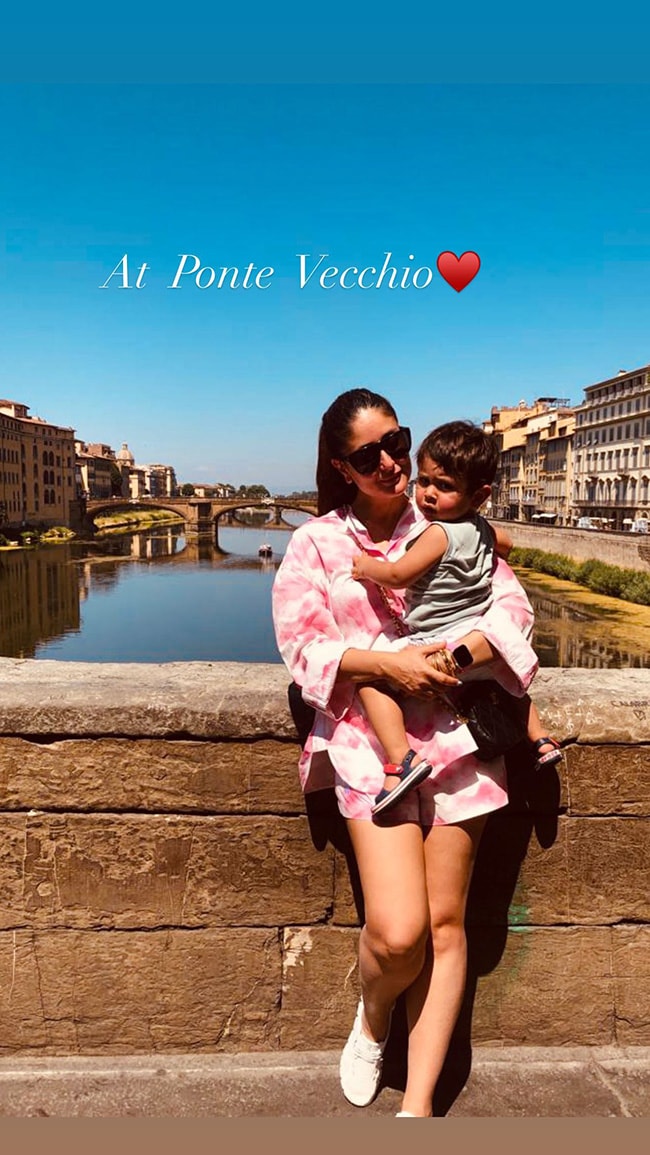 If you are wondering what Saif Ali Khan is up to, Kareena Kapoor has the answer in another Instagram Stories post. In the picture, Saif is seen sitting on an inflated duck, along with Taimur in the swimming pool having a blast. In the caption, Kareena said, “Meanwhile…” with laughter and heart-eyes emojis. 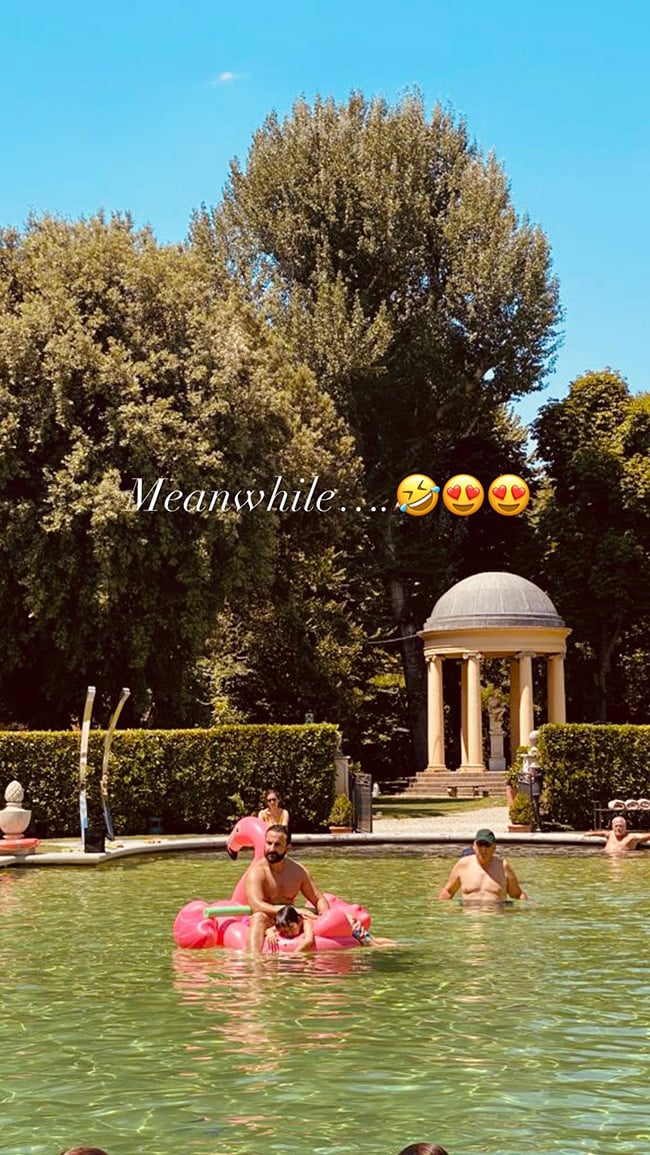 Now, look at Kareena Kapoor and Taimur Ali Khan's "gelato series". In the images, the mother-son duo is dressed in their casual best. While Kareena Kapoor is in a yellow co-ord set, Taimur looks cute in a white T-shirt and black shorts.

With gelato cones in their hands, the two seem invested in their summer treat. Sharing the set of pictures on her Instagram stories, Kareena wrote, “The messy Gelato series with Tim.” See the fun images here.

Before her Italian sojourn, Kareena Kapoor and family were in London. She also shared an image of Saif Ali Khan and their son Taimur walking in Winchester, with their backs facing the camera. In the caption, she said, “Father… Godfather... Son…Winchester 2022…”

Kareena Kapoor loves to be in London. In addition to celebrating her aunt's Neetu Kapoor's birthday, she also stepped out with her sister Karisma Kapoor and friends, Amrita Arora and Natasha Poonawalla. Sharing the photo, Kareena said, “You can't sit with us. But you can stand and pose with us…cause that's what we love to do,” with a heart-eye emoji.

On the work front, Kareena Kapoor will be seen next in Laal Singh Chaddha, headlined by Aamir Khan. The film is a remake of the Hollywood classic Forrest Gump.