Now that we know her secret, BRB, got to hit the gym 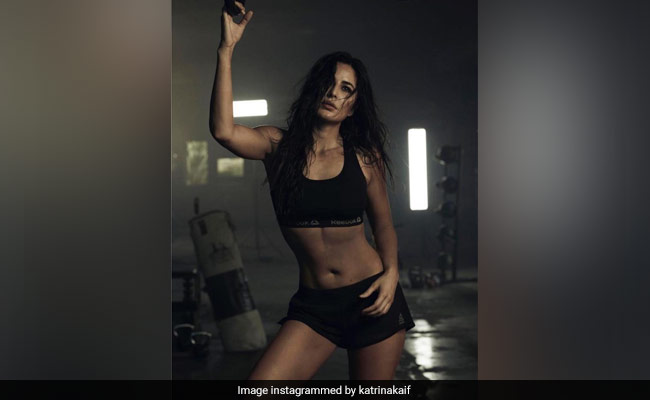 Katrina Kaif takes her fitness regime very seriously and her latest Instagram post is proof. On Thursday, the actress shared a picture after her workout session and she wrote: "Eat, sleep, train, repeat." In the picture, Katrina can be seen dressed in a white tank top and a pair of black track pants. She has her hair tied in a ponytail. Katrina, sporting a no-makeup look, can be seen flashing a subtle smile and she looks pretty as ever. Katrina Kaif loves to share posts from her fitness regime. Be it her high-octane workout sessions or simply dancing her way to fitness.

From Katrina Kaif's previous posts, we know that she has quite a bit of a reputation as a fitness enthusiast. The actress, who swears by Pilates, often makes workout sessions look so easy. Check out some of her posts here.

Katrina Kaif  was last seen in Ali Abbas Zafar's 2019 film Bharat, co-starring Salman Khan and Disha Patani. The actress signed a horror comedy titled Phone Bhoot, alongside Ishaan Khatter and Siddhant Chaturvedi. Directed by Gurmmeet Singh, the film will mark Katrina Kaif, Ishaan Khatter and Siddhant Chaturvedi's first film together. It is being backed by Excel Entertainment and is slated to release this year.

Katrina Kaif will soon be seen in Rohit Shetty's Sooryavanshi. The film is slated to release in cinemas on April 30. The film from Rohit Shetty's cop universe stars Akshay Kumar in the lead role and it also features Ranveer Singh and Ajay Devgn in cameo appearances.