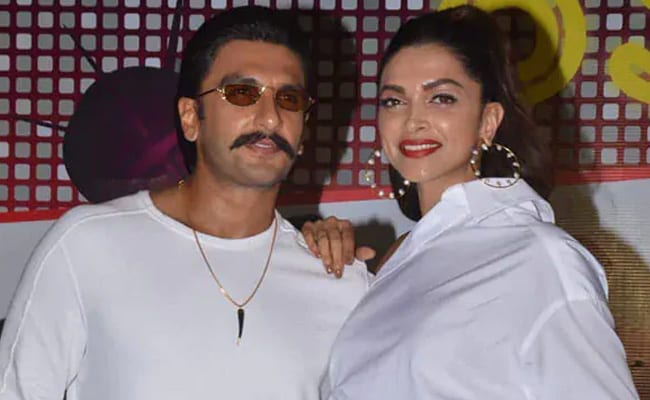 Deepika Padukone and Ranveer Singh never fail to amaze us with their social media PDA.

Deepika Padukone and Ranveer Singh never fail to amaze us with their social media PDA. The couple recently found a spot on the trends' list, courtesy Deepika's special order asking Ranveer to bring "Mysore Pak and potato chips" from Chennai, where he recently flew into for '83 promotions. On Saturday, Ranveer Singh shared a new poster of his upcoming film, in which he can be seen posing with the rest of his '83 team members, and captioned it: "Kapil's devils storm Chennai!" However, it was Deepika's comment on his post that drew all the attention on social media. She wrote: "Don't come back without 1kg Mysore Pak from Shree Krishna and 2 1/2kg packets of Spicy Potato Chips from Hot Chips!" Deepika has frequently said that she is a foodie and now we believe her.

Soon after Deepika placed her demand, '83 director Kabir Khan's wife Mini Mathur also asked her husband to bring the same for her from Chennai. She wrote in the comments section: "Kabir Khan, kindly repeat the same order."

And here's what Deepika commented:

In one of the posters, Ranveer Singh also shared a picture of the real Indian cricket team that won the World Cup in 1983.

Co-produced by Kabir Khan, Deepika Padukone, Vishnu Vardhan Induri, Madhu Mantena and Sajid Nadiadwala, the film is slated to open in theatres on April 10. The Tamil and Telugu versions of '83 will be presented by Kamal Haasan and Nagarjuna, respectively.