"Till '83, India had never won a match in the history of the world cup," filmmaker Kabir Khan said in an interview 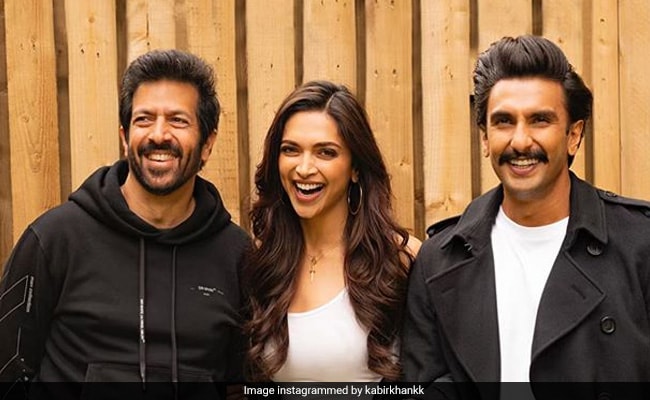 Kabir Khan, who is the director of upcoming sports drama '83, has been schooled on Twitter for saying team India had never won a match at any of the World Cup tours before 1983. Speaking to Bollywood Hungama's Faridoon Shahryar, Kabir Khan recently said in an interview: "Till '83, India had never won a match in the history of the world cup," after which Twitterati did their own research and pointed out at that while Team India didn't win a single match during the 1979 world cup, in the first Cricket World Cup in 1975, India won a match defeating East Africa by 10 wickets. "Not true," Kabir Khan was told in tweets. Kabir Khan's '83 is the story of India's World Cup win against West Indies in 1983 under Kapil Dev's captaincy.

Some on Twitter slammed Kabir Khan with tweets like these: "Ridiculous statement by Kabir Khan" and "How are you making a movie if you don't even know the facts?" Meanwhile, some users said they were looking forward to '83 but Kabir Khan's statement lowered their expectations about how the film might be: "I was so excited about this film. But if they haven't done Wikipedia level research then it really reduces their credibility and my excitement."

I was so excited about this film. But if they haven't done Wikipedia level research then it really reduces their credibility and my excitement. #83TheFilmhttps://t.co/fPuDs9PEMK

What rubbish? India had won a match against East Africa in 1975 world cup. Here is score card of the match.https://t.co/1pYvSNkPjA

How are you making a movie if you dont even know the facts? Or have you filled it with stupid songs and melodrama.

The 1975 East African team after listening to this pic.twitter.com/fCAtTq6Emr

Ridiculous statement by @kabirkhankk
For the fact..India DEFEATED WEST INDIES in the same world cup BEFORE FINAL.
West Indies LOST ONLY 2 matches in that world cup.
Both against India.
The OTHER match in World CUP 1983 where India DEFEATED WI before defeating WI again in final. pic.twitter.com/B0wIAaSzfp

The cast of '83 is headlined by Ranveer Singh, who features as Kapil Dev. Deepika Padukone has a cameo as Kapil Dev's wife Romi Bhatia in '83. The film also stars Tahir Raj Bhasin as Sunil Gavaskar, Saqib Saleem as Mohinder Amarnath, Ammy Virk as Balwinder Sandhu and Jiiva as Krishnamachari Srikkanth. '83 is all set to hit screens on April 10 this year.