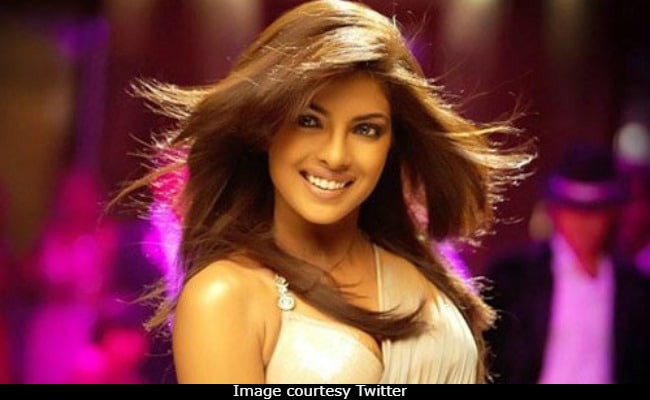 Actress Priyanka Chopra recently featured on the cover of InStyle magazine's July issue in a Tarun Tahiliani saree and sent the Internet into a tizzy. However, trolls will be trolls and a section of netizens did not appear to approve of her styling of the saree - without the traditional choli - and poured critical comments on her pictures, which went crazy viral in almost no time. While Priyanka has always treated trolls with stony silence, mid-day reports that designer Tarun Tahiliani jumped to the actress' defense and said: "There's nothing vulgar about it. In fact, not using a choli makes it a global statement."

Elaborating on his point, the celebrated designer said: "The transition from alluring Indian beauty to this modern goddess for a mainstream fashion cover only speaks of her versatility. She is truly a modern Indian icon," reported mid-day, which are only a reiteration of his words, with which he had described Priyanka's magazine cover previously: "Taking the saree global, proud of her identity and the versatility of the saree - a metaphor for her own versatility. The face of India globally."

"Only Priyanka Chopra could bring her insouciance that she carries and take the alluring sultry persona from Bajirao Mastani across oceans and lands with the same surefooted agility on the cover of INSTYLE. Taking the saree global, proud of her identity and the versatility of the saree - a metaphor for her own versatility.The face of India globally." - The India Modern Icon. @priyankachopra wears a fluid, hand-embroided couture saree in sequins, gota and tiny Swarovski crystals for the June 2019 cover of @instylemagazine. Photography: @robbiefimmano Styling: @juliavonboehm Makeup: @yumi_mori Hair: @harryjoshhair Nails: @pattieyankee #TarunTahiliani #PriyankaChopra #InStyle #InStyleMagazine #TTCouture #Couture #IndiaModern

Earlier this week, Priyanka Chopra introduced the magazine cover with these words on Twitter: "Fashion is such an important part of global culture, often arising from centuries of tradition, and doesn't go out of style when the seasons change. The 'saree' is one of the most iconic and recognized silhouettes from India." Trolls quickly reminded her that: "Blouse also, my dear Priyanka!"

Take a look at Priyanka's post here and then the comments:

Fashion is such an important part of global culture, often arising from centuries of tradition, and doesn't go out of style when the seasons change. The 'Saree' is one of the most iconic and recognized silhouettes from India. https://t.co/105fGXxZlnpic.twitter.com/BKhRcQYgqd

Fashion nowadays is all about how much you can show your body instead of focusing on cloth.

So this is the change you want to bring, NO BLOUSE with saree...!!!

Styled by Ami Patel, Priyanka's saree collection for the magazine cover also included a Sabyasachi creation, which too did not go down too well with 'critics': "Sadly mutilated version of a saree," the designer was told.

Sadly mutilated version of a saree ! Leave the glorious ensemble out of your craziness guys @SabyaOfficial ..
Friends if you agree share a pic that you believe shows the best way to wear a saree ! https://t.co/lqcYZTNB9q

Online trolls are nothing new to actress Priyanka Chopra, who is often talked about for her 10-year age difference with husband Nick Jonas. Back in 2017, the actress was trolled for wearing a dress while meeting Prime Minister Narendra Modi in Berlin.

Priyanka Chopra is currently in India busy with her work schedule for Shonali Bose's The Sky Is Pink, in which she co-stars with Farhan Akhtar and Zaira Wasim.