While Nick Jonas has displayed no political streak at all, Priyanka Chopra met Prime Minister Narendra Modi in Berlin a couple of years ago 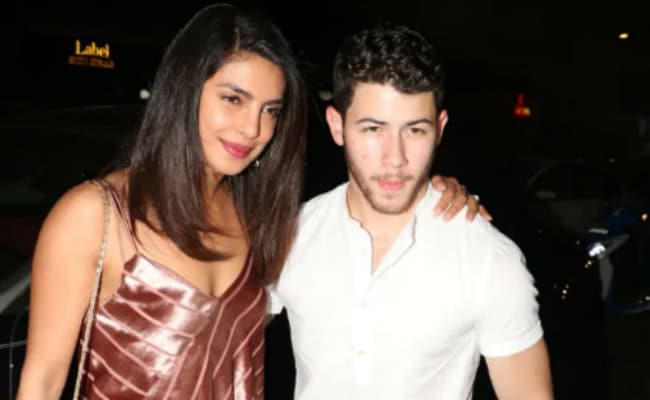 "Nick's not afraid to use the word (feminist)," said Priyanka

Priyanka Chopra, ruler of many worlds, is hoping to conquer another. The 36-year-old actress told The Sunday Times, as reported by Metro and several international sites, that she has political ambitions both for herself and for her husband of less than a year, Nick Jonas. Priyanka, who counts UNICEF Goodwill Ambassador among the many hats she wears, has her eye on the top job: Prime Minister of India. And Nick Jonas for President, please - country not specified but since Nick is American, we'll take the White House for granted. "I would love to run for prime minister of India. I would love Nick to run for president," Priyanka Chopra told The Sunday Times.

Priyanka Chopra added a disclaimer - she doesn't "like the things associated with politics." So why even consider running for Prime Minister/President then? "I know that both of us really want to make a change. Never say never," Priyanka said. Asked why she thinks Nick Jonas, 26, would suit the position, Priyanka said, "He's not afraid to use the word (feminist) and I love that."

While Nick Jonas has displayed no political streak at all, Priyanka Chopra met Prime Minister Narendra Modi in Berlin a couple of years ago. Priyanka and Nick also invited PM Modi to the wedding reception they held in New Delhi last year. Other than her photo-ops PM Modi, Priyanka has so far shown no particular bent towards a political party. She certainly wouldn't be the first film star to make it in politics, in the grand tradition of MGR, NTR, Jayalalithaa, Sunil Dutt and many more.

In her own sphere, Priyanka Chopra is at the top of her game. After a superhit Bollywood career, she forged new worlds in American TV with a headlining role on Quantico and in Hollywood, where she has film credits such as Baywatch and Isn't It Romantic? Priyanka is also a producer, singer and tech investor. She is a name to reckon with at international showbiz events such as the Oscars and Met Gala, and was recently at the Cannes Film Festival.

There isn't much that Priyanka Chopra can't do. So, Prime Minister - why not?