Deepika Padukone-Ranveer Singh And Priyanka Chopra-Nick Jonas: Katrina Kaif Is 'Excited' About Wedding Season (Even Though She's Not Invited)

Katrina Kaif said: "I might not be invited... but in my mind I'm looking forward to an invitation" 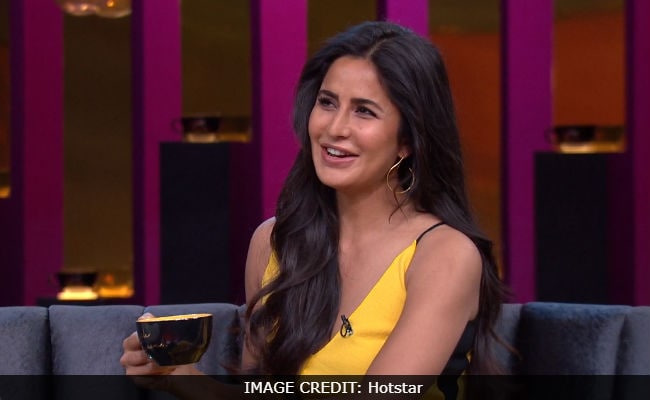 Dear Deepika Padukone and Ranveer Singh, Katrina Kaif is looking forward to an invitation to your wedding, she said so on her latest appearance on popular chat show Koffee With Karan. And not just for Deepika and Ranveer's wedding functions, Katrina is also expecting an invitation from Priyanka Chopra and Nick Jonas, who are reportedly getting married in December in India. The conversation started with Karan Johar asking co-guest Varun Dhawan as to when he intends to marry to his girlfriend Natasha Dalal as they're waiting for pictures from the two aforementioned celebrity weddings, when Katrina said: "I'm really excited about all these weddings. I want to wear nice clothes and go to attend."

As for Priyanka and Nick Jonas, the wedding date and venue have not been confirmed by their family members but as per media reports they'll get married on December 2 in Jodhpur. There are reports that the guest list for the wedding, which will take place in the Umaid Bhavan Palace after the pre-wedding functions in the Mehrangarh Fort, will be restricted to family members and close friends only.

The final word is awaited but we really hope to see Katrina Kaif on Deepika-Ranveer and Priyanka-Nick's guest list in some function.

Katrina Kaif is currently filming Bharat with Salman Khan in Chandigarh. The film is directed by Ali Abbas Zafar.