Deepika Padukone and Ranveer Singh are all set for their November wedding, which will reportedly take place in Italy's Lake Como 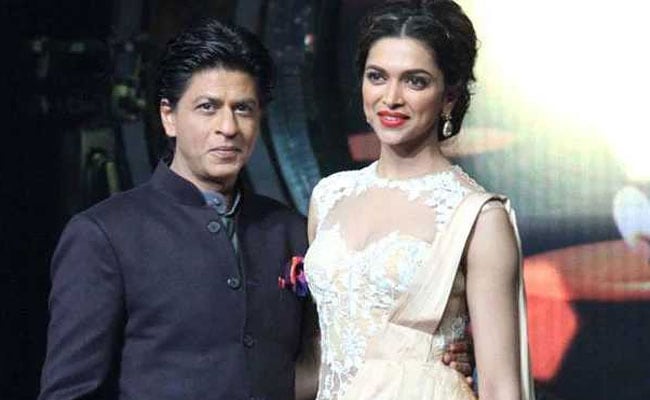 Deepika Padukone and Ranveer Singh are all set for their November wedding, which will reportedly take place in Italy's Lake Como. Shah Rukh Khan, who has worked with the 32-year-old actress in films like Om Shanti Om, Chennai Express and Happy New Year, spoke about the impending wedding of the star couple during a media interaction at the trailer launch event of Zero. SRK revealed that he called Deepika Padukone and asked her to be "happy" in her married life just like he has been in his 27 years of marriage, news agency IANS reported. SRK added that since Deepika started her Bollywood career with him, the wedding is even "more special" to him."Just the other day, I called Deepika also and asked her to be as happy as I have been in my married life. My love to Deepika and Ranveer. We will all be there celebrating. As a matter of fact, both Anushka Sharma and Deepika started their career with me so, it becomes more special to me," IANS quoted the actor as saying.

During the interaction Shah Rukh also revealed that whenever his co-actresses get married, he gets really "emotional". "After them, the second generation came along who got married and now this is the third set of ladies who are getting married. I really get emotional when they get married," the 53-year old actor added.

According to a mid-day report, Deepika and Ranveer will have a wedding in accordance with South Indian rituals on November 14 while there will be another wedding ceremony on November 15 as per Punjabi traditions. The report suggests that the wedding will be a four-day affair with the sangeet ceremony scheduled for November 13. It was also reported that Shah Rukh and Farah Khan will be part of Deepika and Ranveer's wedding festivities in Villa del Balbianello in Lake Como, since the former shares a "deep bond" with the duo. "Given her deep bond with Shah Rukh Khan and Farah Khan who had launched her in Bollywood, Deepika was certain that she wants them by her side on the auspicious day. The couple also considers Aditya Chopra and Sanjay Leela Bhansali their mentors. The celebrations will be followed by an intimate party on November 15," the mid-day report stated.

Meanwhile, Deepika Padukone's pre-wedding festivities kick started on Friday. Pictures of Deepika participating in a puja dressed in a bright Sabyasachi suit at her home in Bengaluru are going crazy viral.

Deepika and Ranveer announced their wedding dates on social media on October 21 with identical posts. The couple have been dating for six years. Deepika and Ranveer shared the screen for the first time in Sanjay Leela Bhansali's Ram Leela in 2013. They've also featured together in Bajirao Mastani and in "Padmaavat".