Deepika Padukone And Ranveer Singh May Have 2 Wedding Ceremonies: Report 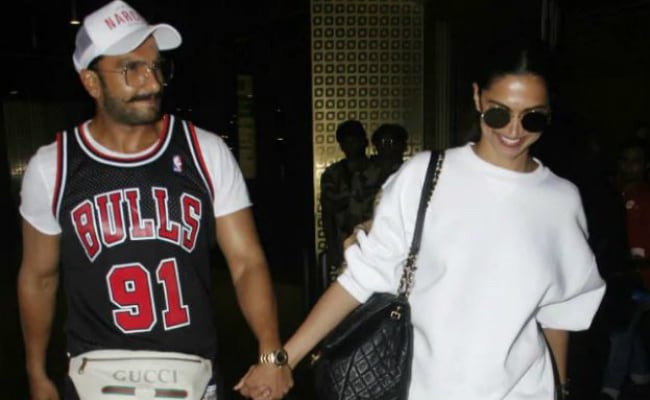 Deepika and Ranveer in Mumbai

Deepika Padukone and Ranveer Singh, all set for their November wedding, will reportedly have two wedding ceremonies in Italy's Lake Como, said a report in mid-day . According to mid-day, Deepika and Ranveer will have a wedding in accordance with South Indian rituals on November 14 while there will be another wedding ceremony on November 15 as per Punjabi traditions. "Since Deepika is a South Indian and Ranveer is of Sindhi-Punjabi origin, the two families decided to follow customs practised by both communities. A South Indian wedding has been planned for November 14, complete with Kannada rituals. The next day will see the couple solemnise their relationship as per the customs of a North Indian wedding," mid-day quoted a source as saying.

While Ranveer and Deepika have merely confirmed the wedding dates to be November 14 and November 15, the mid-day report suggested that the destination wedding will actually be a four-day affair with the sangeet ceremony scheduled for November 13. Mid-day also reported the venue to be Villa del Balbianello in Lake Como with more names being added to the speculated list of guests: "Given her deep bond with Shah Rukh Khan and Farah Khan who had launched her in Bollywood, Deepika was certain that she wants them by her side on the auspicious day. The couple also considers Aditya Chopra and Sanjay Leela Bhansali their mentors. The celebrations will be followed by an intimate party on November 15."

After the wedding festivities in Italy, Deepika and Ranveer will reportedly host two lavish receptions in India - one in Bengaluru (Deepika's hometown) and the other in Mumbai. December 1 has cropped up as the rumoured date for the couple's Mumbai reception, which is just a day prior to Priyanka Chopra and Nick Jonas' rumoured wedding date. Deepika Padukone's wedding outfits are also said to be from the studios of celebrated designer Sabyasachi.

The Padukones and Bhavnanis (Ranveer's real name is Ranveer Singh Bhavnani) made the much-awaited wedding announcement on Sunday:

Deepika Padukone and Ranveer Singh, co-stars of films such as Ram-Leela, Bajirao Mastani and "Padmaavat", have been together for six years now.