Deepika Padukone, Ranveer Singh Reportedly Would Have Made Wedding Announcement Earlier But... 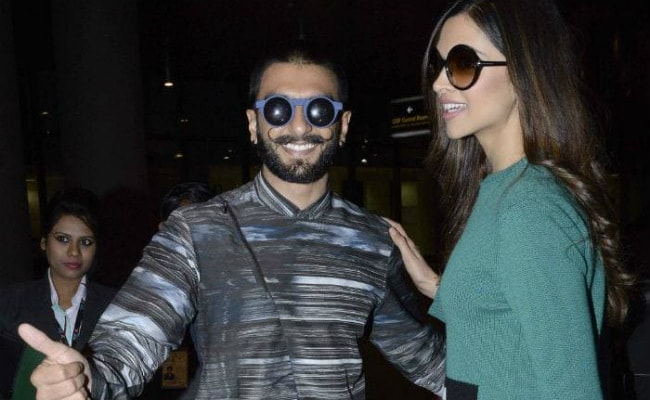 Well, it appears fans could have congratulated Deepika Padukone and Ranveer Singh for their upcoming wedding much before. According to Pinkvilla, the couple wanted to make their wedding official on auspicious occasions such as Ganesh Chaturthi or Dussehra as the probable dates as they have been very particular about the details of their wedding. But eventually, the couple released a joint statement on Sunday announcing November 14 and November 15 as their wedding dates. "Both Deepika and Ranveer were very keen to make a formal announcement informing their audience about their marriage. The duo have been discussing and overlooking the minutest of details, in fact an earlier announcement was expected over the auspicious occasions of Ganpati and Dussehra. However they decided to finally make their wedding dates public last Sunday," Pinkvilla quoted a source as saying.

Deepika and Ranveer made the wedding announcement with this statement: "With the blessings of our families, it gives us immense joy in sharing that our wedding is set to take place on the 14th and 15th November, 2018. We thank you for all the love you have showered upon us over the years and seek your blessings as we embark on this incredible journey of love, loyalty friendship and togetherness."

Amidst fresh reports, one rumoured detail about Deepika and Ranveer's wedding that has been consistent is that the couple will fly off to Italy's Lake Como for a destination wedding. They have also reportedly zeroed in on a limited guest-list restricted to family and close friends, that includes Arjun Kapoor and Sanjay Leela Bhansali. Once back to India, the couple are expected to host two receptions - one in Bengaluru (Deepika's hometown) and the other in Mumbai (where Ranveer is settled). December 1 has cropped up as the rumoured date for Mumbai reception, which is just a day ahead of Priyanka Chopra and Nick Jonas' rumoured wedding date. Deepika Padukone's wedding couture is also said to be from the studios of celebrated designer Sabyasachi.