The countdown to Priyanka Chopra and Nick Jonas' wedding has already begun and with it, every so often fresh rumours about the ceremony pop up online 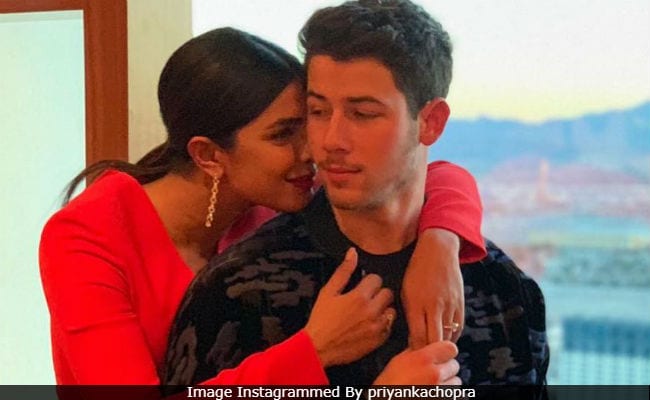 The countdown to Priyanka Chopra and Nick Jonas' wedding has already begun and with it, every so often fresh rumours about the ceremony pop up online. On Wedneday, several websites, including SpotboyE, listed down the guests who are likely to be a part of the wedding, reportedly taking place in Jodhpur in December. The SpotboyE report states Priyanka plans to invite her colleagues like Farhan Akhtar, Siddharth Roy Kapur, Alia Bhatt, Ranbir Kapoor, Katrina Kaif and others. Salman Khan and his family are too on the reported guest list. "Besides Salman, invitations will also be sent out to Arpita-Aayush, Arbaaz Khan, Sohail-Seema, Alvira-Atul Agnihotri and Salim Khan," SpotboyE reports.

Priyanka Chopra had opted out of Salman Khan's Bharat just days before she was supposed to shoot for the film. After Bharat director Ali Abbas Zafar announced Priyanka's exit, reports in international media claiming that Priyanka is already engaged to Nick, made headlines in succession.

Of Priyanka's exit from the film, the 52-years-old superstar later told the press, "Whatever be the reason... if she doesn't want to work with Salman Khan, it's okay," reported news agency ANI. Later, Priyanka was replaced by Katrina Kaif.

Priyanka Chopra, 36, and Nick Jonas, 26, had a traditional roka ceremony in Mumbai in July. From Nick's side, only his parents Kevin and Denise were there. The ceremony was followed by a party in the night, which was attended by Priyanka's friends, including Alia Bhatt and Arpita Khan Sharma.

Meanwhile, a bridal shower was hosted by Priyanka's friends in New York over the weekend. She wore a white Marchesa strapless dress with a feathered skirt for the party and looked absolutely stunning.

On the work front, Priyanka is busy with the shooting of Hindi film The Sky Is Pink.