Priyanka Chopra And Nick Jonas' Wedding: All You Need To Know, From Rumoured Date To Venue

As per latest intel, the Chopra-Jonas wedding will take place in Jodhpur on December 2 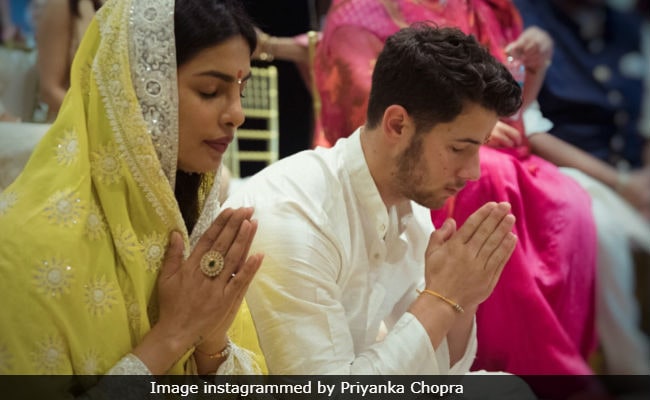 A day after Nick Jonas posted about looking forward to an 'oh so bright future' with his fiancee Priyanka Chopra, rumoured details about their impending wedding started doing the rounds on the Internet. As per a Times Of India report, Priyanka Chopra and Nick Jonas will get married in Jodhpur on December 2 while the pre-wedding functions for the Chopra-Jonas wedding will begin from November 30. On their recent trip to India, Priyanka and Nick briefly visited Jodpur, where they were reportedly scouting for a wedding venue. Priyanka and Nick were photographed touring the Mehrangarh Fort, which has hosted high profile events in the past - Elizabeth Hurley and Arun Nayar's wedding reception in 2007 and Naomi Campbell's ex-boyfriend Vladimir Doronin's 50th birthday.

During their short trip, Priyanka Chopra, Nick Jonas and the couple's team also shared pictures from their brief visit to the Umaid Bhawan Palace, which is in the vicinity. In the both the aforementioned high-profile events, the main function was held in the Umaid Bhawan Palace. Sources told Times Of India, that Priyanka and Nick's wedding ceremony (as per Hindu rituals) will also be held in the Palace.

Here are pictures from Priyanka Chopra and Nick Jonas' trip to Jodhpur:

As of now, Priyanka Chopra is filming The Sky Is Pink with Farhan Akhtar and Zaira Wasim in London. Priyanka shot for portions of the Shonali Bose-directed film in Mumbai earlier this year.

Priyanka hasn't announced her next project after The Sky Is Pink, however, there were reports of her being signed for Cowboy Ninja Viking opposite Chris Pratt. The film has been postponed indefinitely for now.