Masaba Gupta's June is looking pretty good to us 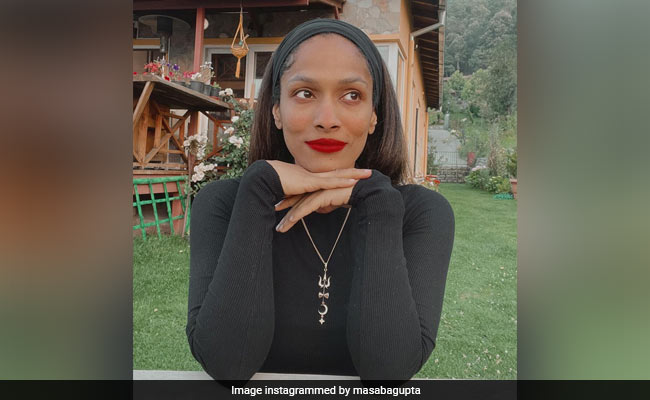 Masaba Gupta, who is currently staying at her mom Neena Gupta's Mukteshwar house, along with boyfriend Satyadeep Misra, shared a stunning picture on her Instagram profile and accompanied it with a cryptic caption. A happy Masaba shared a picture and she wrote: "June (red cherries emoji) In a NOMO filter." Decoded, cherry emojis can be applied to mean a romantic relationship and NOMO expands into 'Not on my own.' Is Masaba's caption an oblique relationship status update? We are not saying anything. Masaba Gupta and Satyadeep have been dating for over a year. Masaba was previously married to filmmaker Madhu Mantena, filed for divorce in 2019, months after announcing their separation. Satyadeep got married to Bollywood actress Aditi Rao Hydari in 2009 and they got divorced in 2013.

Masaba and Satyadeep Misra trended big time after reports of them living together in Goa surfaced last year. The couple went to several vacations together over the last year and are currently in Mukteshwar, Uttarakhand.

Satyadeep Misra has starred in films like Ferrari Ki Sawaari, Tigers, Bombay Velvet, Phobia and Love Breakups Zindagi among others. He also featured in both the seasons of the web-series Thinkistan. He was also a part of Masaba Masaba.