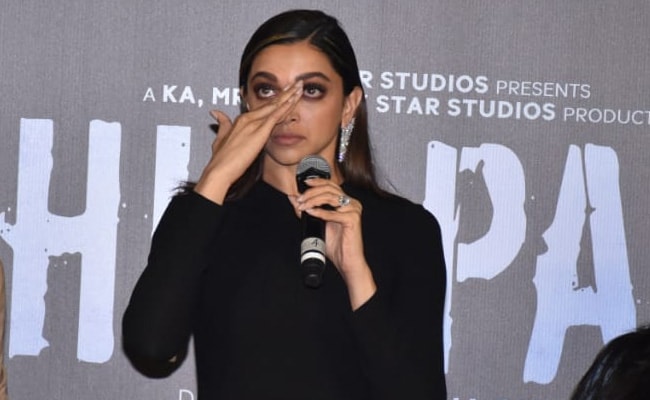 Deepika Padukone was photographed at the trailer launch of Chhapaak.

Deepika Padukone got emotional during the trailer launch of her upcoming film Chhapaak on Tuesday. The actress, who was attending the launch event with co-star Vikrant Massey and director Meghna Gulzar in Mumbai, broke down on stage while talking about the film and asked the filmmaker to "carry on" the discussion. Later, Meghna Gulzar consoled Deepika and took over the microphone. Pictures and video of her getting emotional during media interaction went crazy viral on social media minutes after it surfaced on the Internet. The trailer of Deepika Padukone's Chhapaak released on Tuesday and it features the actress as an acid attack survivor. The film is based on the life and journey of acid attack survivor Laxmi Agarwal.

Before moving forward, check out the aforementioned videos and photos: 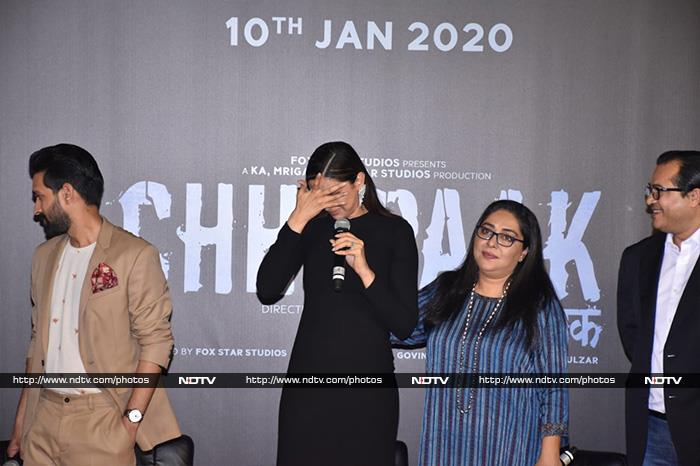 Deepika, Vikrant and Meghna Gulzar at the trailer launch. 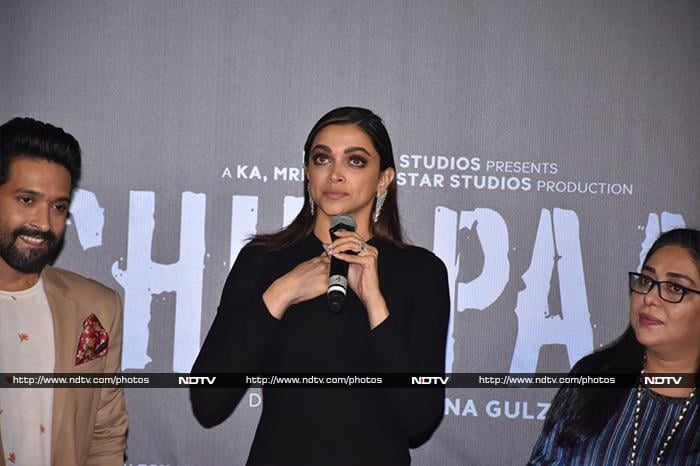 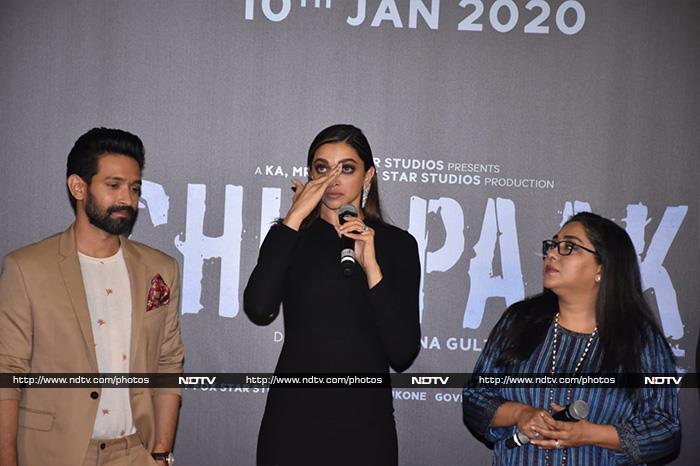 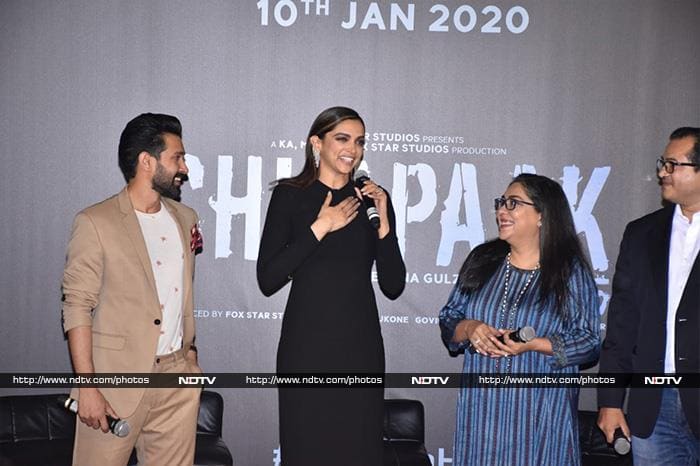 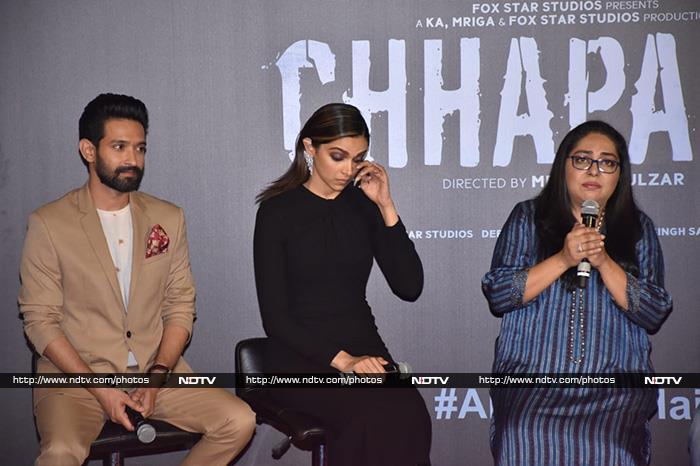 The trailer of Chhapaak traces the journey of Malti (played by Deepika Padukone) from a girl next door to a feisty acid-attack survivor. Her fight against the heinous crime and her support towards other acid-attack survivors will leave you awestruck. In case you haven't watched the trailer yet, check it out:

Other than Deepika Padukone, Chhapaak also features Vikrant Massey in the lead role. He plays Amol, a character based on Laxmi Agarwal's real-life partner Amol Dixit, who stayed by her side in her fight for justice.

Directed by Meghna Gulzar and co-produced by Deepika Padukone and Fox Star Studios, Chhapaak marks the actress' first film after her wedding to Ranveer Singh. The film is slated to open in theatres on January 10 next year.