Chhapaak: Deepika Padukone Explains What Her Film On Acid Attack Survivor Is About

"A story of trauma and triumph," wrote Deepika Padukone 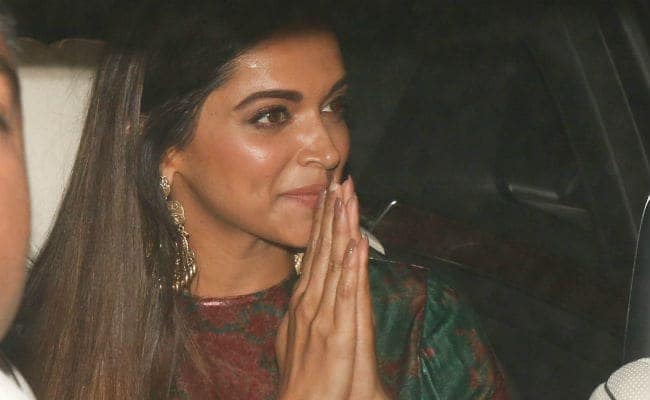 Deepika Padukone, who plays the role of acid attack survivor Laxmi Agarwal in an upcoming film by Meghna Gulzar, tweeted on Monday to say that she's "elated to collaborate with Fox Star Studios for Chhapaak." While it is known that Chhapaak is based on the life and experiences of Laxmi Agarwal, who is now a TV show host and a campaigner with Stop Acid Attacks, Deepika summed up the film's essence in her tweet in these words: "A story of trauma and triumph. And the unquashable human spirit." Chhapaak marks Deepika Padukone's first film after "Padmaavat" and her first ever collaboration with the Raazi director.

Read Deepika Padukone's tweet here. This is the first time she's tweeted about the movie:

Lootera actor Vikrant Massey has been cast opposite Deepika Padukone in the movie, which is scheduled to go on floors in March. Speaking to news agency IANS, director Meghna Gulzar had said earlier that she's yet to put together the entire cast of Chhapaak but is happy with Deepika and Vikrant's roles in the film: "We will start the film in the third week of March 2019, and the cast is still coming together. Vikrant is somebody who I wanted to work with since Raazi. And after I saw him in A Death In The Gunj... you know there are some actors that you just want to work with - and I'm just glad I got the opportunity to have a suitable character for him in this film, which is Deepika's partner."

Chhapaak will be co-produced by Deepika Padukone, who founded the Live Love Laugh Foundation, an NGO that helps those struggling with mental illness. The actress had opened up about battling depression in 2015. Chhapaak will also be Deepika's first film after her wedding to Ranveer Singh.