Chhapaak: Deepika Padukone Wraps 'The Most Precious Film' Of Her Career

"And it's a wrap on the most precious film of my career," wrote Deepika Padukone 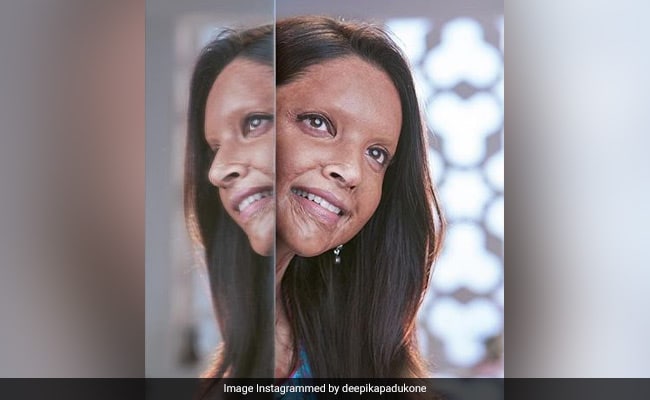 It's a wrap for Deepika Padukone's Chhapaak! The actress shared a post on her social media account to update her fans about the film and also confirmed the film's release date. Describing her feelings for the movie in her post, Deepika said that it is "the most precious film" of her career: "And it's a wrap on the most precious film of my career... See you all at the movies! January 10, 2020." In the post, Deepika can be seen celebrating the wrap on the film with the team of Chhapaak. Take a look at Deepika Padukone's post here on Chhapaak wrap:

Chhapaak went on floors on March 25 this year in New Delhi. Sharing the film's first look with her fans on social media, Deepika wrote: "A character that will stay with me forever." Deepika's first look from the film was highly appreciated on social media. In case you haven't seen it till now, take a look:

Earlier, Deepika Padukone stated her views about the film and told news agency IANS: "It's a very important film and I feel that the story which we are showcasing in our film needs to be told." Chhapaak marks Deepika's first film after her wedding to Ranveer Singh. The actress is also co-producing the movie along with Fox Star Studios.

Chhapaak is directed by Meghna Gulzar, who is also known for her work in Talvar and Raazi. The film also features Vikrant Massey, who plays the role of Deepika's partner. Chhapaak is slated to release on January 10 next year.