Deepika Padukone's Chhapaak Trailer Gets A Big Shout Out From Aamir Khan, Alia Bhatt And Other Stars

"Great trailer, and such an important movie," tweeted Aamir Khan 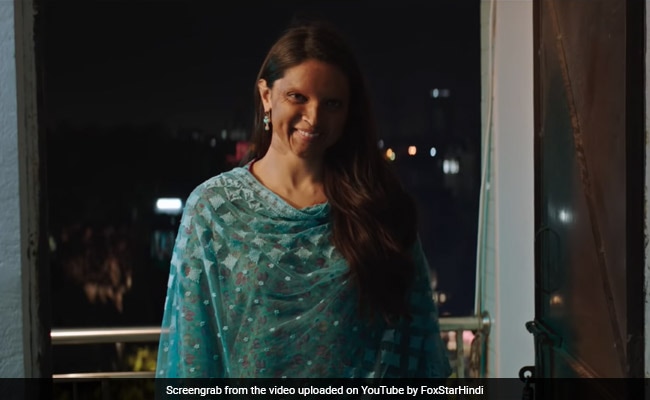 Chhapaak Trailer: Deepika Padukone in a still from the film. (Image courtesy: YouTube)

The trailer of Meghna Gulzar'sChhapaak, starring Deepika Padukone, released on Tuesday and it has been trending ever since. The trailer got a big shout out from several Bollywood stars including Aamir Khan, Alia Bhatt, Farhan Akhtar and Vicky Kaushal. Aamir Khan, in his tweet described the film's trailer as "great" and tweeted: "Great trailer and such an important movie. My congratulations and best wishes to Meghna, Deepika, Vikrant and the entire team." Meanwhile Alia Bhatt, who has worked with the Chhapaak director Meghna Gulzar in the 2018 spy-thriller Raazi, wrote in her Instagram story: "Uff! Very moving. You girls are special."

Take a look at Aamir's review of the trailer here:

Great trailer, and such an important movie! My congratulations and best wishes to Meghna, Deepika, Vikrant, Fox, and the entire team.
Love.
a.https://t.co/5r7ZeWkG7E@meghnagulzar@deepikapadukone@masseysahib@foxstarhindi

Here's a screenshot of Alia's reaction: 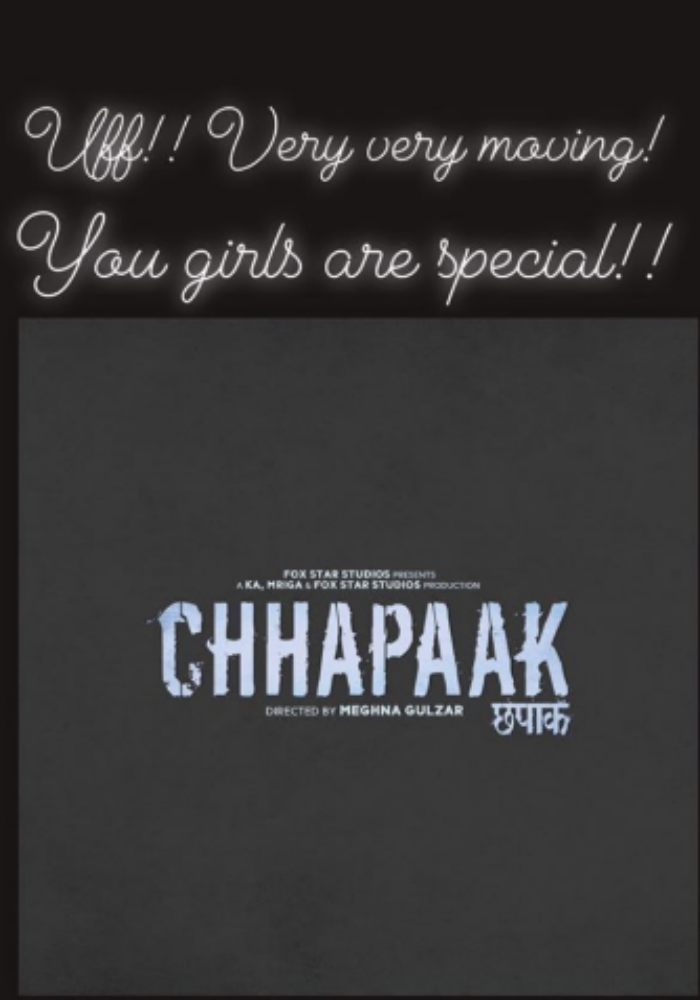 Of course, Deepika Padukone's husband Ranveer Singh shared the posters and trailer of Chhapaak on his Instagram profile. No captions needed.

Vicky Kaushal, who shared screen space with Deepika Padukone in a TV commercial and worked with Meghna Gulzar in Raazi, shared the film's poster on his Instagram story. He added several clap emojis in the caption. Reacting to Meghna Gulzar's tweet, Farhan Akhtar wrote: "Love it. All the best team Chhapaak." Farhan co-starred with Deepika in the 2010 film Karthik Calling Karthik.

Love it. All the best team #Chhapaak .. @meghnagulzar@deepikapadukone@masseysahibhttps://t.co/qKPJRSnJAm

Filmmaker Karan Johar shared the film's trailer on his Twitter profile. "Heartbreaking! Shook me up. Stories like these must be told," tweeted Karan Johar.

Zareen Khan tweeted: "What a powerful trailer. Can't wait to watch this one."

What a powerful trailer ! #Chhapaak
Can't wait to watch this one @deepikapadukone@meghnagulzar@foxstarhindihttps://t.co/bfRvEmQw9c

Chhapaak is all of that and more for me...
Presenting the trailer of #Chhapaakhttps://t.co/AtrLJQXlUt@meghnagulzar@masseysahib@_KaProductions@foxstarhindi@mrigafilms

Chhapaak is based on acid attack survivor Laxmi Agarwal's life. The film also stars Vikrant Massey. The film is slated to release on January 10, 2020.