Opposition members boycotted the Question Hour in Rajasthan Assembly on Tuesday after the Speaker expunged a question by a BJP member on Chhapaak actor Deepika Padukone. 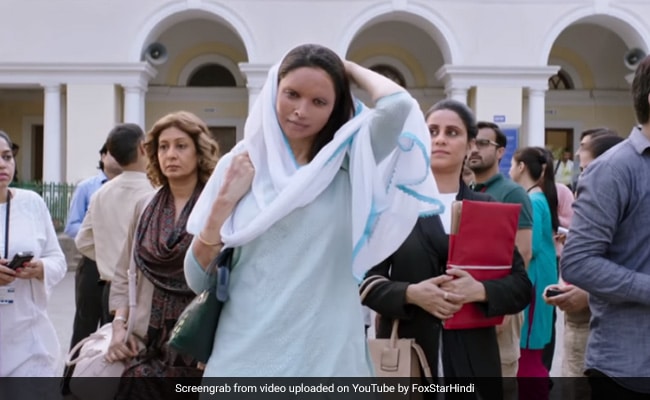 Opposition members boycotted the Question Hour in Rajasthan Assembly on Tuesday after the Speaker expunged a question by a BJP member on Chhapaak actor Deepika Padukone.

BJP legislator Shankar Singh Rawat first questioned the government about the revenue loss after the movie was declared tax-free in Rajasthan on January 10.

Replying to the question, Parliamentary Affair Minister Shanti Dhariwal told the House that the tax calculation can be done only by February 20. But Speaker CP Joshi did not allow a supplementary question about the actor, triggering an uproar from the opposition benches.

The movie Chhapaak faced the wrath of a section of people after Ms. Padukone visited the Jawaharlal Nehru University in Delhi to express solidarity with the students attacked by a masked mob on the campus on January 5.

After the uproar in the House, during which opposition members entered the well, Leader of Opposition Gulab Chand Kataria tried to speak on the issue but the Speaker did not allow, saying the supplementary question was related to the Department of Culture.

But opposition members continued their protest, urging the Speaker to protect their right to ask questions and later boycotted the Question Hour.

"It is the right of members of the House to ask supplementary questions but the Speaker did not allow us and therefore we boycotted the Question Hour," Deputy Leader of Opposition in the House Rajendra Rathore told reporters outside the assembly.

The Speaker, however, continued the proceedings and ministers replied to questions asked in absence of the members who raised them.