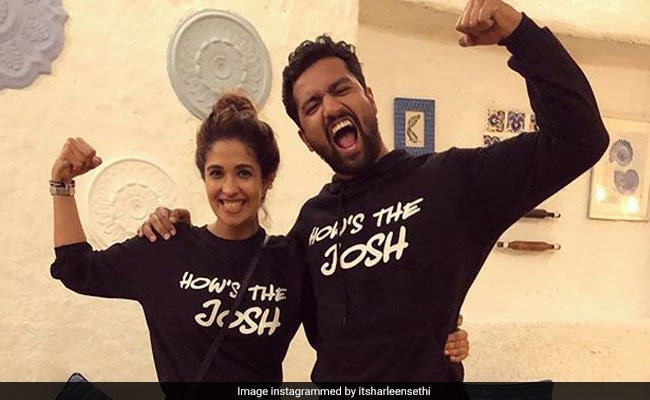 Harleen Sethi, who was reportedly dating actor Vicky Kaushal, recently posted a poem on Instagram, in which she wrote "I am my own tag" is now viral. A couplet from her poem read, "Link ups don't build me/Breakups don't break me," which a section of the Internet thinks alludes to her reported break-up with the Uri: The Surgical Strike star. At the HT Most Stylish Awards, confirmed his single status in an interview with Hindustan Times. "Single, ekdam," he had said and added he's "ready to mingle only with audiences on stage." Harleen Sethi is an actress who has featured in web-series Broken But Beautiful opposite Vikrant Massey and a short film titled Love, Bites.

Gossip columns have reported that Vicky Kaushal's busy schedule led to the rumoured couple's split while names such as Katrina Kaif and Bhumi Pednekar have also cropped up as probable reasons behind the rumoured break-up.

Vicky Kaushal's rumoured relationship with Harleen Sethi first came to the fore after the Masaan actor dropped major hints on Neha Dhupia's talk show No Filter Neha. He dedicated Diljit Dosanjh's song Do You Know to Harleen and also said he would only swipe up on Harleen's profile on Tinder.

Though Harleen and Vicky Kaushal did not make frequent public appearances or even shared photos of each other on social media, a picture of Harleen celebrating the success of Vicky Kaushal's last film Uri: The Surgical Strike went crazy viral on social media.

As of now, Vicky Kaushal is filming Bhanu Pratap Singh's untitled horror film, co-starring Bhumi Pednekar. He has signed up for Karan Johar's Takht and Aditya Dhar's next project.