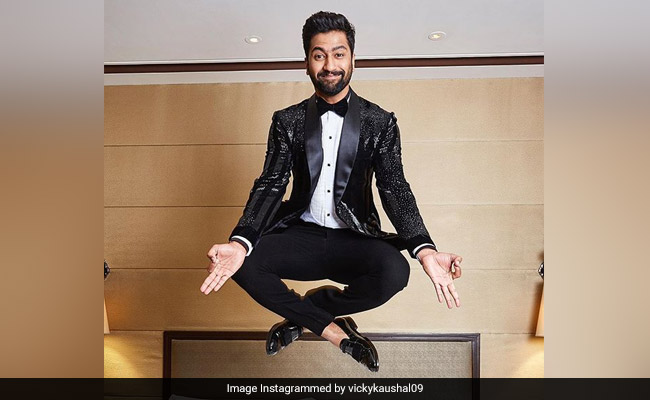 Vicky Kaushal's confession (of sorts) will make the hearts of many of his fans aflutter! The 30-year-old actor appeared to confirm he's single at the moment in an interview with Hindustan Times at the recently held HT Most Stylish Awards. Asked about his relationship status on the side-lines, Vicky appeared to say he's single in a lighter mood but soon he confirmed he's not seeing anybody by saying: "Single, ekdam." However, the answer to if he's "ready to mingle" already or not, will have to wait as he smartly dodged that one by saying: "ready to mingle only with audiences on stage." Vicky Kaushal's statement comes amidst reports of a probable break-up with his rumoured girlfriend actress Harleen Sethi.

Gossip columns have been churning out reports stating that Vicky Kaushal's busy schedule led to the rumoured couple's split. Names such as Katrina Kaif and Bhumi Pednekar have also cropped up as probable reasons behind the rumoured break-up. On Koffee With Karan, Katrina had said she and Vicky would "look good" on screen together. Bhumi and Vicky are co-stars of Karan Johar's Takht. Meanwhile, Harleen Sethi has also unfollowed Vicky Kaushal on Instagram.

Last year, reports of Vicky Kaushal's apparently budding romance with Harleen Sethi flooded gossip columns. Around December, Vicky dropped major hints that he's dating Harleen on Neha Dhupia's talk show No Filter Neha. He dedicated Diljit Dosanjh's Do You Know to Harleen and also said he would only swipe up on Harleen's profile on Tinder.

On the work front, Vicky Kaushal was last seen in Uri: The Surgical Strike, which made over Rs 200 crore at the box office. Vicky Kaushal is also part of Takht's ensemble cast.