Bigg Boss 12: When And Where To Watch Salman Khan's Show And Other Details 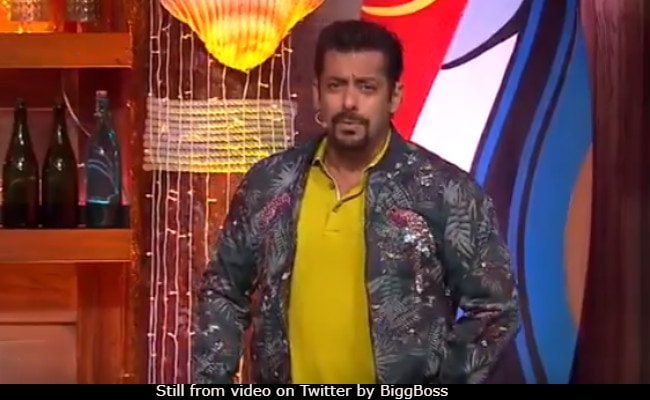 Salman Khan is returning as the host! (courtesy BiggBoss)

Fellas, it's that time of the year when you grab your tub of popcorn, keep the remote close and watch the curtains open on a brand new season of Bigg Boss. This year, sabka favourite Salman Khan returns to host Bigg Boss 12 and we just can't keep calm. Bigg Boss, the most awaited TV show of the year, brings to mind only one name - Salman Khan! The 52-year-old superstar has been hosting the show every year since Season 4, which aired in 2010. On Friday, Salman teased us with a sneak peek of how he's prepping to return to the soon-to-start season of Bigg Boss - he was spotted flexing muscles in the photo he posted. Meanwhile, here's our guide to help you track and watch Bigg Boss 12 better.

Bigg Boss 12 is all set to premiere on Colors at 9pm on September 16, Sunday. According to Bigg Boss' diktat, the timing of the super-popular TV show has been assigned a prime slot - it will now air on 9pm though the week, the channel had announced days ahead of the launch. On popular demand, Colors will now air Bigg Boss at the revised time instead of the traditional 10pm slot. "9 baje se akkha India baithega TV ke samne kyunki Bigg Boss12 aa raha hai, every day from 9pm," read a tweet on the show's feed.

What's a Bigg Boss opening without a few blockbuster performances by Salman Khan? The superstar will set the house on fire with performances to his hit numbers like Tujhe Aksa Beach Ghuma Du and Jeene Ke Hai Char Din. Here are glimpses of what to expect with Salman Khan on stage.

The Curious Case Of The Vichitra Jodis:

Meanwhile, "Vichitra jodi" is the theme of Bigg Boss 14 - this year too, the show will have celeb and non-celeb participants. While comedian Bharti Singh and her husband Haarsh Limbachiyaa have confirmed their participation in the show, names of TV stars such as Dipika Kakar, Karanvir Bohra and his wife Teejay Sidhu have popped up as probable participants. However, Karanvir and Teejay apparently denied their participation.

Meanwhile, here's a look at one of the "vichitra jodis", who are part of Bigg Boss 12:

Can you even believe this? We'll let the tweet do the talking. Take a look:

Bigg Boss 12 was officially launched by Salman Khan in Goa earlier this month. Now, the wait is for the grand premiere!