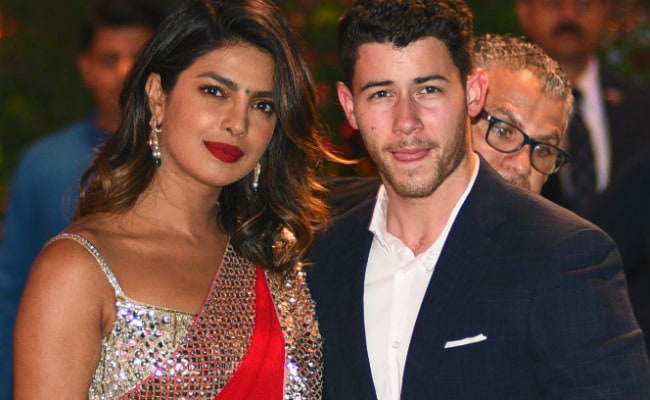 The fact that Priyanka Chopra decided to opt out of Salman Khan's Bharat appears to have come as suddenly to fans as the film's producer. In an interview to mid-day, Nikhil Namit, the CEO of Reel Life Productions, who's bankrolling the film, alleged that Priyanka intimated the team just two days ago, citing her move as "unprofessional". "Priyanka told us she had to exit due to her engagement, two days ago. It was a little unprofessional of her to do it so suddenly," mid-day quoted Nikhil Namit as saying. Priyanka Chopra is said to be reportedly engaged to Nick Jonas already, for which she appears to have exited Bharat (as hinted in Ali Abbas Zafar's tweet). The mid-day report also added that Salman is desperately on the look-out for a replacement with Katrina Kaif and Jacqueline Fernandez as the probable choices.

Another source told mid-day that Priyanka was keeping the makers of Bharat in the loop about her probable resignation from the project. "Priyanka had been in talks with the Bharat team over the past two weeks about how she may have to opt out for personal reasons. Sensing Priyanka's iffy attitude, Salman initiated talks with Katrina during their Dabangg Reloaded Tour in the US. Other names including that of Jacqueline are also being tossed around," mid-day quoted the source as saying, who added that Katrina is almost convinced and may just sign the dotted line soon.

Meanwhile, fans want to know who will now be the heroine of Bharat and folks, director Ali Abbas Zafar has a response to that: "Yes yes yes ... we will announce the leading lady of Bharat soon.. We have been shooting non-stop and the simultaneously preparing for international schedules," he tweeted on Saturday morning. Bharat went on floors earlier this month with the first schedule being that of a pivotal circus sequence. Salman Khan's Bharat also stars Disha Patani, Tabu and Nora Fatehi.

Yes yes yes ... we will announce the leading lady of Bharat soon.. We have been shooting Non stop and the simultaneously preparing for international schedules ....

It's not difficult to grasp from the tone of Nikhil Namit's statement that Priyanka's "sudden" decision may not have thrilled every member of the Bharat as it did director Ali Abbas Zafar, who shared the news with what appears to be a congratulatory message attached to it. On Friday, he announced Priyanka quite for a "very, very special reason" and also appeared to make a reference to Priyanka's rumoured boyfriend Nick Jonas - "she told us in the Nick of time". See the upper-case N there? Frenzy erupted on the Internet as international sites like People and E! simultaneously reported that Priyanka Chopra and Nick Jonas are already engaged.

Nick Jonas reportedly popped the question on Priyanka's birthday in London some days ago with a ring he had picked out from a Tiffany store in New York that had been shut down so Nick could pick the perfect rock for Priyanka. Priyanka Chopra, who was in Mumbai briefly, is reported to have flown back to the US.

Priyanka Chopra has reserved one Bollywood movie, which she will soon start filming - Shonali Bose's The Sky Is Pink, co-starring Farhan Akhtar.