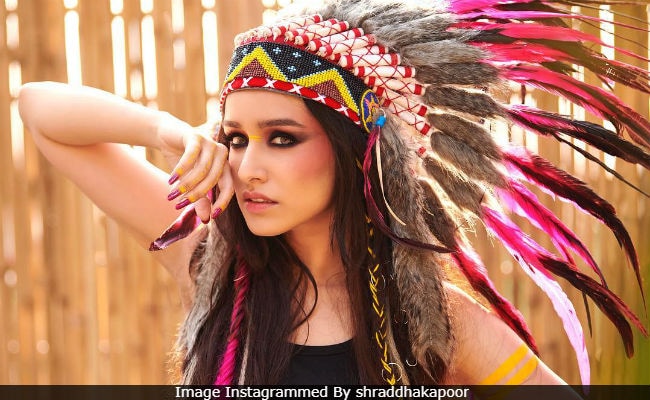 Actress Shraddha Kapoor's calendar shot by Dabboo Ratnani did not go down well with a section of the Internet. She has been severely criticised for wearing a Native American headgear, which according to the Internet, is 'cultural appropriation.' "Despite multiple apologies by people across the globe for disrespect towards Native American culture, Bollywood continued to offend by indulging in cultural appropriation. Regrettable, indeed. Have mercy on Native Americans. Imagine people making fun of our culture," read a comment posted on the picture. The calendar shot by Dabboo Ratnani was shared by Shraddha on Tuesday and has got over 1.4 million likes so far. "The headgear is used by Native Americans. Please use your platform wisely. Become woke," read another comment. Many have also asked Shraddha to take down the post.

Of the controversy, Mr Ratnani's wife Manisha told BollywoodLife, "We were not aware of this. The intention is never to hurt anyone whether it is from India or from abroad. I had no clue of the 'cultural appropriation' issue."

Similarly, in November 2018, filmmaker Karan Johar was criticised for hurting 'cultural sentiments' while co-judging India's Got Talent 8 with actress-politician Kirron Kher. In a now-deleted Instagram post, Karan Johar was seen pulling her leg for wearing a traditional Assamese headgear, which was presented to her by a contestant. Later, the Internet schooled him for being "disrespectful" towards the community.