Talking about Ayushmann's reaction when he first heard about Gulabo Sitabo, Shoojit Sircar said in the interview: "He was excited, he was jumping since then." 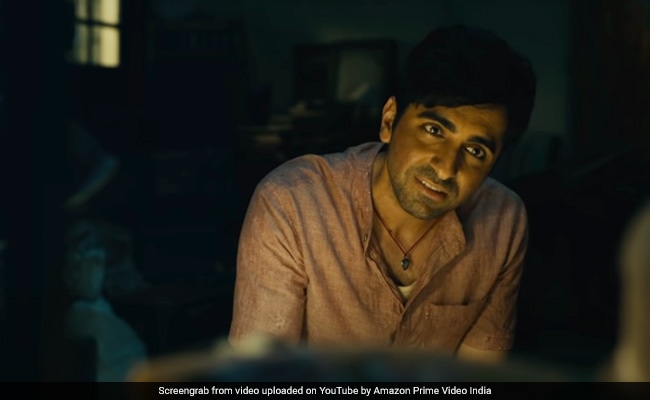 Ayushmann Khurrana in a still from Gulabo Sitabo (courtesy YouTube)

Did you know Shoojit Sircar told Ayushmann Khurrana about Gulabo Sitabo at a star-studded wedding reception? The Gulabo Sitabo director, speaking to Zoom TV in an interview, revealed that he approached Ayushmann about Gulabo Sitabo at the wedding reception of Deepika Padukone and Ranveer Singh. Replying to a query about whether Ayushmann was the first choice for the role or not, Mr Sircar told Zoom TV: "Yes, he was the first choice but before that, we debated a lot. His casting was done later. First was Mr Bachchan's casting and then I remember I think I broke the news to him, I remember it was Deepika Padukone's reception." Ayushmann co-stars with Amitabh Bachchan in Gulabo Sitabo. Shoojit Sircar directed Deepika Padukone in Piku, also starring Amitabh Bachchan.

Deepika and Ranveer got married in November 2018 in Italy and their Mumbai reception was held in December.

In the interview, Shoojit Sircar added that not only he shared the idea with Gulabo Sitabo with Ayushmann but also got a positive response from him at Deepika's reception party. "So, at that reception, I gave him the basic narration, I remember. And you know that's when we agreed (to do the film)."

Talking about Ayushmann's reaction when he first heard about Gulabo Sitabo, Mr Sircar added: "He was excited, he was jumping since then. So, I think we first bounced the idea to him at the reception."

Ayushmann Khurrana had begun his journey in Bollywood with Shoojit Sircar-directed movie Vicky Donor, which turned out to be a hit. Ayushmann was also expected to collaborate with Shoojit for a film titled Agra Ka Daabra in 2016, which never took off. In an Instagram post on Friday, Ayushmann wrote: "Iss vishamyakari anubhav ke liye main Shoojit da ka dhannyavad karna chahunga ke unhone mujhe Amitabh Bachchan jaise mahanayak ke saath ek frame mein dikhaya. Dada, aap mere guru hain. Aapka haath tham kar yahan tak pahucha hun. (I would like to thank Shoojit da for this amazing experience, that he thought I was worthy of sharing the frame with a megastar like Amitabh Bachchan. Dada, you are my mentor, I have reached till here with your guidance. " However, Gulabo Sitabo is Ayushmann's first film with Amitabh Bachchan.