Gulabo Sitabo Review: With the actors giving the film their all, Amitabh Bachchan's wizened, curmudgeonly act is the main propellant. 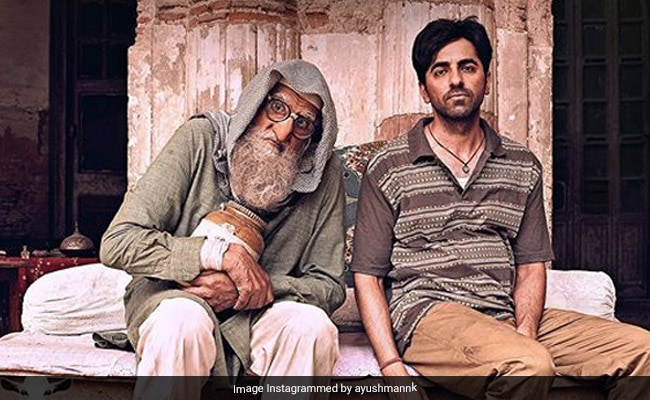 The Gulabo Sitabo narrative, as all the publicity material had told us, has two poles. One, a stingy, 78-year-old 'owner' of a Lucknow haveli of indeterminate provenance. The other, a particularly intransigent tenant determined not to vacate the premises come what may. They squabble all the time. It isn't a pretty sight. But it is funny all right especially when the writing is laced with wacky wit.

Gulabo Sitabo, pitched as "Amazon presents a Prime Video release", does a fair job of capturing the ups and downs of the tussle between the men, whose cards are all laid out on the table and there is hence no ambiguity about what they are up to. But neither of the two - nor, of course, the audience - knows how it will all turn out for them and the building they live in. And that keeps the intrigue level high in Shoojit Sircar's new comedic drama.

The two principal characters of the delightfully askew Gulabo Sitabo are always at loggerheads, but the trait that they share - a selfish love for the crumbling Fatima Mahal, a mansion going to seed rather rapidly - constitutes the spine of the story.

The spare, unshowy treatment of the central conflict, which, as the film progresses, creates room for two other key players with their won sets of vested interests, might appear to be at variance with the comedic spirit of the plot.

With the actors giving the film their all - Amitabh Bachchan's wizened, hunchbacked, curmudgeonly act is the main propellant - Gulabo Sitabo works even when not much seems to be happening on the screen or the characters are beating about the bush.

The best thing about Gulabo Sitabo, scripted by Juhi Chaturvedi, is that it isn't trying to be a scream. The humour springs from the language and the manner of its delivery. It won't have you rolling on the floor. But it will elicit mild chuckles every time Mirza (Bachchan) and Baankey Rastogi (Ayushmann Khurrana) have a go at each other over petty matters that slowly snowball out of control. Gulabo Sitabo Review: Amitabh Bachchan and Ayushmann Khurrana in a still from the film

Mirza and Baankey won't cede an inch to each other, but fate has a way of asserting itself. In Mirza's case, it is represented by his Begum (Farrukh Jafar), who is a decade-and-a-half older than him but is no pushover. For Baankey, who owns an atta chakki in town, destiny takes the form of a few bricks in a wall that give way when he directs a kick at it in the exasperation triggered by a fellow tenant who takes longer than usual in the toilet.

Baankey, who speaks with a pronounced lisp, is a school dropout who hasn't been dealt the best hand by life. He is understandably bitter and impudent. His father is dead. So is a paternal aunt. He lives in a rundown part of the building with his mother and three sisters. One of his siblings, the college-going Guddo (Shrishti Shrivastava), is a far cry from cloaked-in-coyness Hindi movie sisters. She is a handful in more ways than one. Mirza's gripe is that the tenants are parasites. They pay paltry rents. He hopes to get rid of all them for good. But the residents have other ideas and, egged on by Baankey, decide to fight to the bitter end, for better or for worse.

Greed is zehar (slow poison), Baankey says to Mirza. Nobody has ever died of greed, the latter retorts. This exchange comes pretty late in the film, but on the way here the two men lose no opportunity to muddy the waters. They are assisted in this endeavour by two others who thrive on fishing in troubled waters - an archaeology department official, Gyanesh Shukla (Vijay Raaz), and a lawyer who specializes in disputed property cases, Christopher Clarke (Brijendra Kala).

Gulabo Sitabo - the title is a nod to a form of traditional glove puppetry native to Uttar Pradesh in which a man's harried wife (Sitabo) and his pampered mistress (Gulabo) bicker endlessly - is about a past that is fast fading, a present that is shrouded in uncertainty, and a future that seems unlikely to yield any dividends for those that have no control over the changing times.

A real-life puppeteer (Mohammed Naushad) performs at different points in the film. He is a metaphor for men on strings. He is also an exponent of a centuries-old form that is dying. His presence enhances the earthiness of the film while also serving as a commentary on the larger truths that surround Mirza, Baankey and Lucknow.

Gulabo Sitabo is about ordinary people resorting to desperate measures in the hope of bettering their lot. However, pretty much like the dilapidated edifice at the centre of the film, nothing is as it appears and nothing that they do yields the desired results. 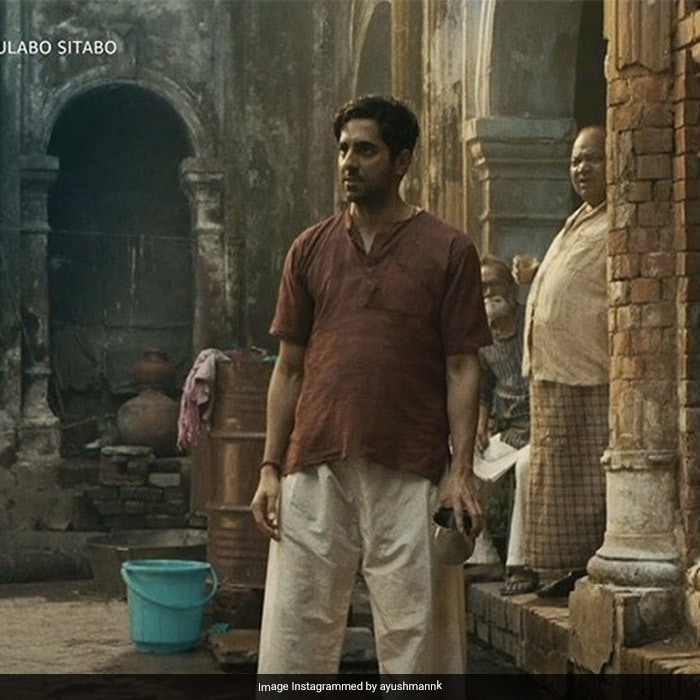 The sights and sounds of a city and the haveli, both the facade and its decaying interiors filmed evocatively in daylight and in dimly-lit night shots by cinematographer Avik Mukhopadhyay, are a vital presence that help define the contours of the drama. Editor Chandrashekhar Prajapati, too, gets the staccato rhythms of the place right - it is a city fluctuating between an unhurried pace and sudden bursts of activity.

When somebody, with all the civility at her command, says to Mirza "Aainda apni shakal dikhane ki taqleef na karein (Never take the trouble of showing us your face again)", you know you are in Lucknow. Anywhere else, the word taqleef (trouble) would probably be replaced by jurrat (dare). The portrayal of a city as an alive organism lends Gulabo Sitabo an added dimension.

Amitabh Bachchan is a hoot and a half as Mirza, a man who is visibly weighed down by time but refuses to renounce the world. The veteran actor is like a master on a Stradivarius, hitting the perfect pitch with every flick. Ayushmann Khurrana, too, coaxes the right notes from the feckless Baankey, who hides his inadequacies with a cultivated air of nonchalance. He brings alive a character you cannot but care for. 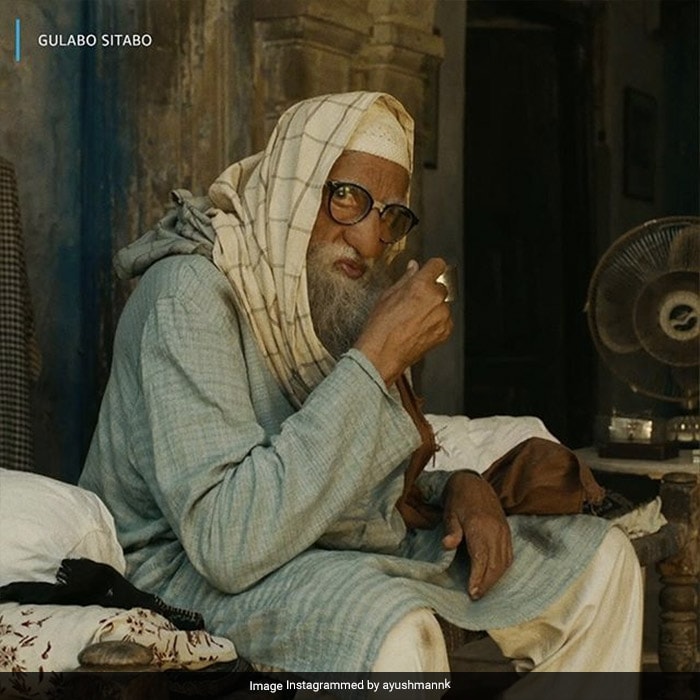 Gulabo Sitabo Review: Amitabh Bachchan in a still from the film

Both Vijay Raaz, as effortless as ever, Brijendra Kala are terrific. Shrishti Shrivastava deserves a special mention. Last but not the least, Farrukh Jafar is an absolute delight.

Gulabo Sitabo has parts that are a bit of a mixed bag, but the manner in which the film rides on its quirky principal premise, droll little idiosyncratic detours, the cadences of the language of Lucknow and two wonderful pivotal star turns gives it an out-of-the-ordinary veneer.