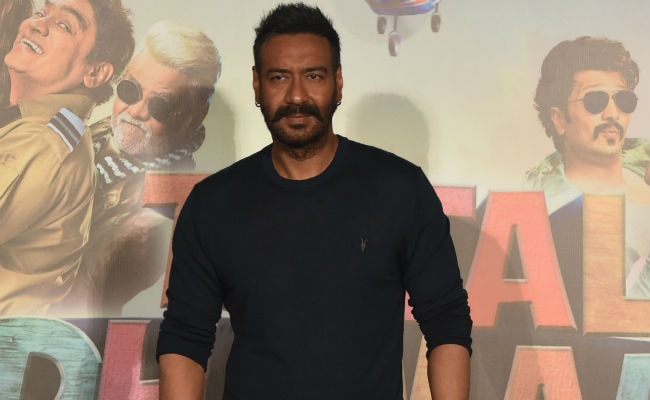 Ajay Devgn at an event in Mumbai

Badhaai Ho director Amit Sharma says he will start shooting for his next film - a sports biopic - along with actor Ajay Devgn, around May or June. He was interacting with the media at ITCH Summit 2019 here on Thursday. His next film will focus on the golden years of Indian football between 1951 and 1962. Ajay will play the role of Syed Abdul Rahim who was a coach and manager of the Indian national football team.

Amit Sharma said: "My next film is a football related film. It's a period film... we will start shooting of the film in next two to three months around May or June."

On the gradual audience acceptance of high-on-content films, Amit Sharma said: "I think it's a really nice time for cinema. We are getting to hear and watch good and unconventional stories and I am happy that those films are doing well at the box office. I think people are going to theatres to watch those films, that's why they are doing good business. In fact, the audience is giving us a message that keep making good film based on good stories."

Amit Sharma believes no one can teach filmmaking and acting to anybody.

"It's either there inside you or it isn't. It's just that you need to tap the right points and decide where it is taking you," he said.

As a director, he has made his directorial debut with Tevar, featuring Arjun Kapoor and Sonakshi Sinha. But it failed to impress the audience. But his second film Badhaai Ho did very well.

Asked about his definition of success, Amit Sharma said: "I feel there is no definition to success. If you achieve success more than your expectation, then it's bad and if you do not achieve success, then also it's bad. One of my films has worked and I am here right in front of the media... So, that is success and I feel success should be under control."

His yet untitled sports biopic will be bankrolled by Akash Chawla's Freshlime Films and Boney Kapoor.

(Except for the headline, this story has not been edited by NDTV staff and is published from a syndicated feed.)
Comments
ajay devgnbadhai ho director amit sharmaSyed Abdul Rahim