Amit Sharma said: "We are currently in the pre-production phase. It's a period film" 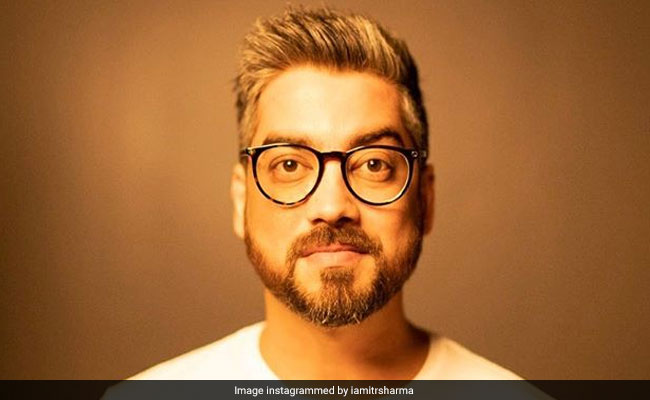 The unprecedented success of Badhaai Ho - a Bollywood potboiler with a difference - has set new precedents. Director Amit Sharma, now ready to help a film about football coach Syed Abdul Rahim, says his edge as a filmmaker lies in the fact that he likes chasing big ideas.

It is something he did with the theme of Badhaai Ho, about a 50-plus mother of two who has to face brickbats within and outside home due to an accidental pregnancy.

A subject hardly explored on the Indian screen, the movie has been embraced by the audience owing to its breezy, light-hearted and entertaining treatment, enhanced further by superlative performances by a cast including Ayushmann Khurrana, Neena Gupta, Gajraj Rao, Surekha Sikri and Sanya Malhotra.

"I believe the audience has always been sensible with their approach in cinema; their views keep shifting from time to time. You see the wave of Indian cinema changing every couple of years," said the filmmaker.

"The concentration on the genre of films that are made keeps shifting. And when it's an overload for the audience, it shifts again. Anything that is fresh is always welcomed," Amit Sharma told IANS via an email interview.

As someone who has worked extensively in the ad film world, Amit Sharma, who made his feature film debut with the 2015 movie Tevar, has a knack for bringing something new to the table.

Commenting on that, the Chrome Pictures co-founder said: "Anybody working on ads is prone to concentrating on the little details. The repeatability of an ad film is much more than a feature. I guess that's why ad film makers approach a feature differently, and that is reflected in the films they choose," he added.

"I like chasing a bigger idea, and I think that has given me the edge as a filmmaker. Badhaai Ho is an idea driven film and my future scripts too will be strong on that front," he added.

Amit Sharma's next is on the golden years of Indian football between 1951 and 1962. The film, starring Ajay Devgn, will focus on the life on football player and coach Syed Abdul Rahim.

"We are currently in the pre-production phase. It's a period film. We are still gathering facts about that time. At this point I can't reveal more, but the film is set to go on floors soon," he said.

The film will be about Syed Abdul Rahim's struggles and his achievements.

"He was a great human being. I think our film will find a connect with all age groups," Amit Sharma added.

"There is no formula that I am aware of. I approach every project with sincerity and put my heart to it.

"I like working on stories that I believe in, stories that move me. And I do my best to do justice to these stories. It is pleasing to know that the audience too seems to like it."

Apart from the yet untitled film on Syed Abdul Rahim, Sharma said the Chrome Pictures team is developing some interesting concepts.

"You will see some more exciting work under the Chrome banner. There are a few scripts which are about to get locked, and you will soon hear the news.

"Considering that Badhaai Ho is the first feature from an ad film production house to cross the Rs 200 crore mark, we are driven to venture into other mediums and deliver new ideas to the respective platforms," Sharma said.