Ajay Devgn To Star In Biopic On Syed Abdul Rahim, To Be Produced by Boney Kapoor 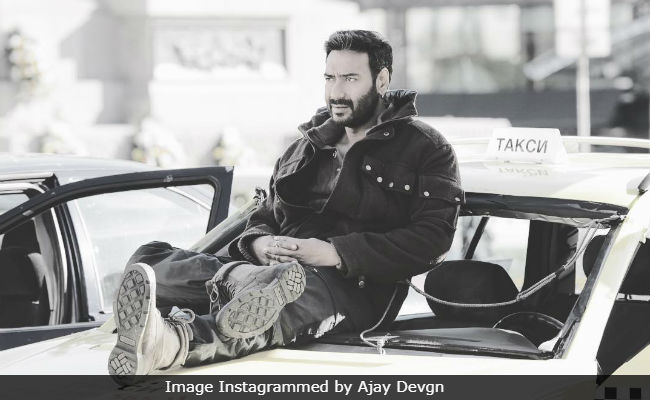 Ajay Devgn will play a football coach in the film. (Image courtesy: Instagram)

Sports biopics seem to be Bollywood's favourite trend these days, from Diljit Dosanjh's Soorma, to Akshay Kumar's Gold and how can we not mention Ranveer Singh's '83, which is based on India's 1983 cricket world cup victory, and the latest addition to list to this chain of sports biopics is none other than actor Ajay Devgn, who will soon be seen playing the role of legendary football coach Syed Abdul Rahim, in the player's biopic. On Friday, Taran Adarsh shared the news on social media and confirmed that the untitled film, starring Ajay Devgn, will be helmed by Amit Sharma and produced by Boney Kapoor. He wrote: "Ajay Devgn to star in biopic on legendary football coach Syed Abdul Rahim. Amit Sharma will direct the film [not titled yet]. Produced by Zee Studios, Boney Kapoor, Akash Chawla and Joy Sengupta. Screenplay and dialogue by Saiwyn Quadras and Ritesh Shah, respectively."

Talking about the project, Boney Kapoor said in an interview that he thought that Ajay Devgn was the right choice for the character and told Bombay Times: "I was amazed that not many are aware of someone as significant as Syed Abdul Rahim. He's an unsung hero whose achievements must be saluted. It takes someone like Ajay Devgn to play Syed Abdul Rahim."

Meanwhile, Ajay Devgn has many projects in his kitty. The 49-year-old is producing his wife Kajol's upcoming film Helicopter Eela. Apart from that, Ajay has also signed up for Indra Kumar's Total Dhamaal. He also has Luv Ranjan's untitled film and Neeraj Pandey's untitled historical biopic (in which he will be seen playing the role of Chanakya) in the pipeline.