Amid Break-Up Rumours, All The Kiara Advani And Sidharth Malhotra Moments From This Eid Bash 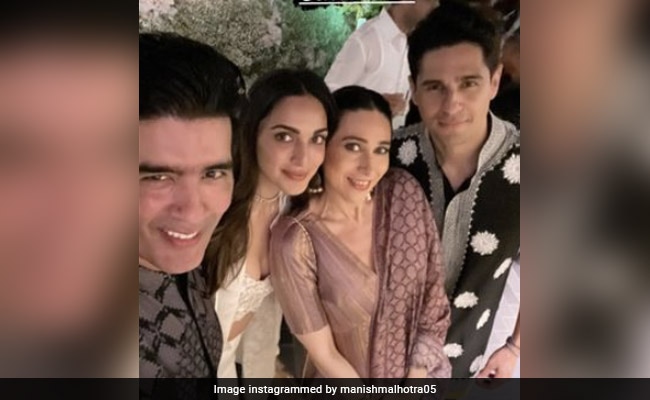 Salman Khan's sister Arpita and her husband Aayush Sharma hosted a big Eid bash at their Mumbai residence on Tuesday night and it was attended by several A-listers. Also present at the bash were actors Kiara Advani and Sidharth Malhotra. The stars trended big time last month after the rumours of their break-up surfaced. At the party, Kiara Advani posed for a selfie with Sidharth, actor Karisma Kapoor and fashion designer Manish Malhotra. Sharing the picture, Manish Malhotra wrote: "With the gorgeous three favourites." Kiara reposted the selfie on her Instagram story. 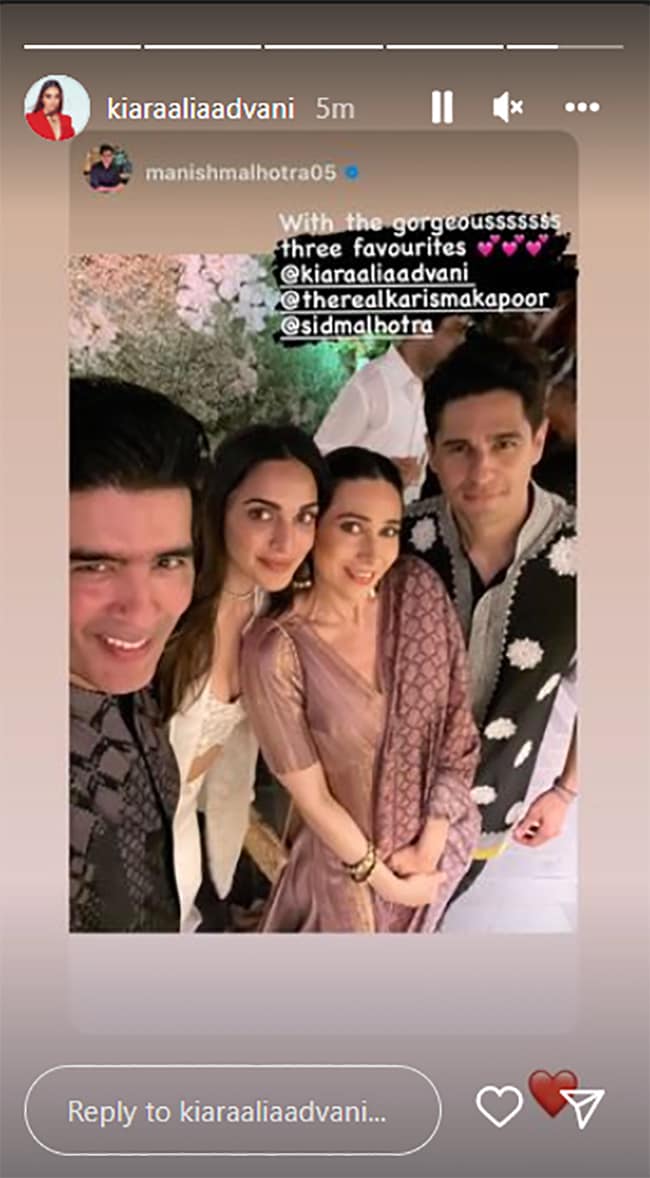 Meanwhile, another video is doing the rounds on social media, in which Kiara Advani can be seen waiting for Sidharth Malhotra. She is also seen greeting him as they enter the Eid bash together. The video has been curated by several fan pages dedicated to the actors. This is what we are talking about:

Kiara Advani was last seen in Shershaah with Sidharth Malhotra.

Kiara Advani stepped into Bollywood with the 2014 film Fugly. However, her breakout film was 2016's MS Dhoni: The Untold Story, co-starring Disha Patani and late actor Sushant Singh Rajput. Kiara has also been a part of films like Bharat Ane Nenu, Vinaya Vidheya Rama, Kabir Singh, co-starring Shahid Kapoor and Machine, among others. She awaits the release of Bhool Bhulaiyaa 2, with Kartik Aaryan and Tabu. She will also be seen in Jug Jugg Jeeyo, with Anil Kapoor, Neetu Kapoor and Varun Dhawan.

Sidharth Malhotra made his Bollywood debut with the 2012 film Student Of The Year, alongside Alia Bhatt and Varun Dhawan. He has featured in films like Aiyaary, Baar Baar Dekho, Jabariya Jodi and Hasee Toh Phasee, among others. He also featured in Marjaavaan, alongside Riteish Deshmukh and Tara Sutaria. The actor was last seen in the critically-acclaimed Shershaah. He will be seen in Mission Majnu with Rashmika Mandanna and Rohit Shetty's Indian Police Force.