Kiara Advani Reveals Man Behind Her Maldives Trip Pictures. No, It's Not Sidharth Malhotra

"Fab...What a shot, what a photographer," said Kiara Advani 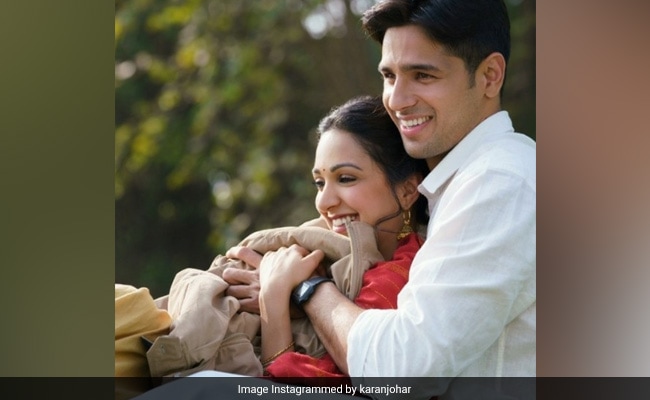 A still from Shershaah. (courtesy: karanjohar)

Kiara Advani is one of the most loved actresses of B-town and always manages to make the heads turn whenever she steps out in the city or share scintillating pictures on her Instagram handle. However, the Kabir Singh actress has managed to keep her personal life in wraps, leaving fans eager. From the past few years, rumours have been doing rounds that she is dating her Shershaah co-star Sidharth Malhotra. However, neither of them have confirmed. Recently, during a YouTube talk-show Social Media Star with Janice, she was quizzed about her rumoured relationship and Maldives vacation.

Kiara Advani, who made it to the show along with YouTuber Ashish Chanchlani, was asked about her beautiful pictures from the Maldives trip and added, "Who else was there?" pointing towards the picture of her in the middle of the ocean. At first, she tried to dodge the question by saying, "Fab...What a shot, what a photographer." However, later Kiara added that she sets up a tripod when she goes to exotic locations.

"As I reach the Maldives, I set up a tripod like a Bigg Boss ka ghar and to capture these candid pictures. I go to the Maldives to click such pictures," Kiara Advani was heard saying. Listening to her explanation, Janice immediately says, "You are lying," leaving everyone in splits.

Last year, Kiara and Sidharth jetted off to the Maldives. They were not spotted at the airport together, but some of the pictures from the island nation hinted so.