Alia Bhatt Dines With Ranbir Kapoor And Family, Walks Out Hand-In-Hand With His Niece

Alia Bhatt and Ranbir's niece were twinning in white 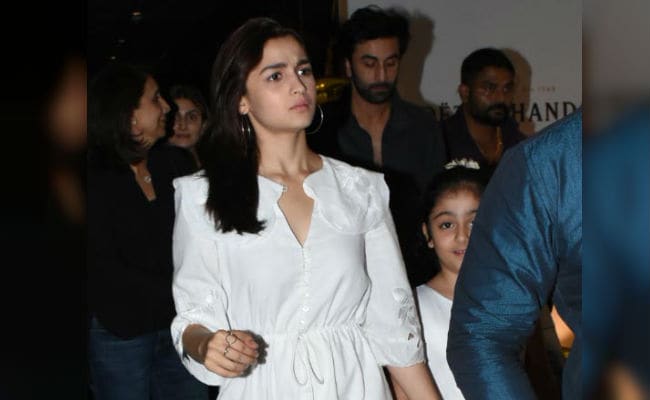 Alia Bhatt with the Kapoors in Mumbai.

New Delhi: Alia Bhatt and Ranbir Kapoor are trending again and this time for pictures of the Udta Punjab actress exiting a restaurant with the Kapoors holding Ranbir's niece Samara's hand. On Saturday, Alia Bhatt dined with Ranbir's family - his mother Neetu Kapoor and sister Riddhima can be seen navigating their way through the paparazzi behind Alia and Samara, who were twinning in white. Alia looked protective of Samara as the photographers closed in while the Kapoors (Ranbir Kapoor included) trailed behind Samara and her new best friend. Samara is the daughter of Riddhima and businessman Bharat Sahni. The pictures of the Kapoors and Alia are all that the Internet can talk about. Apparently, a section of the Internet has given its blessing to the rumoured couple.

Here are photos of Alia Bhatt's latest outing with the Kapoors: 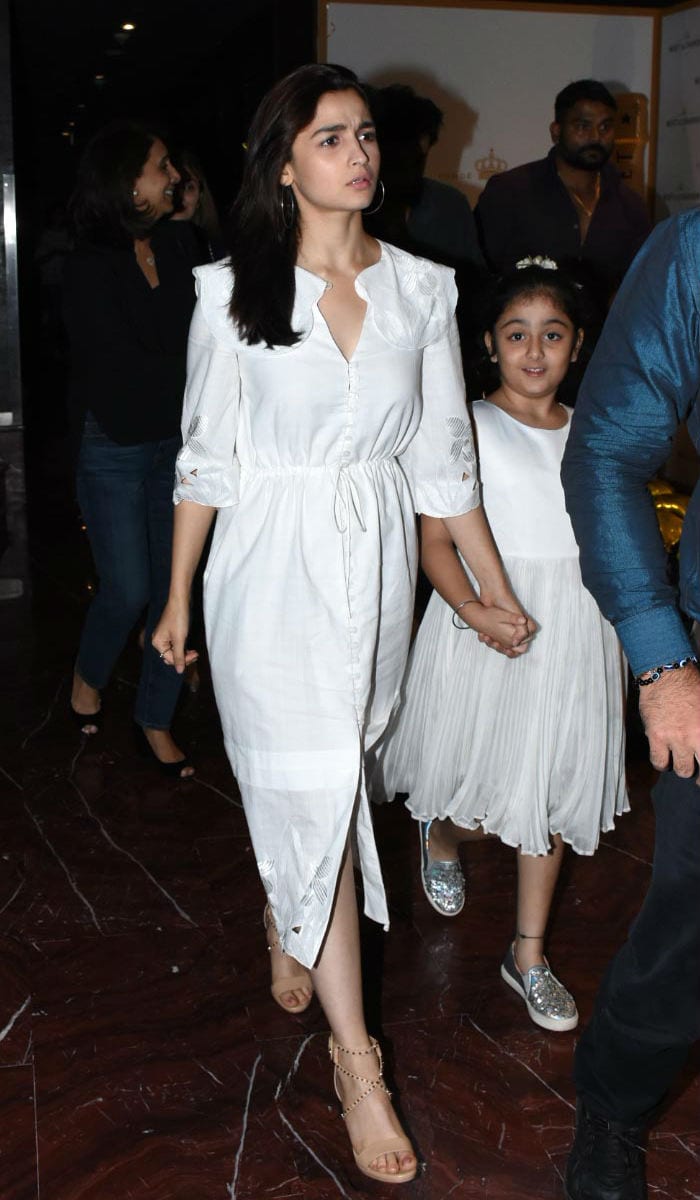 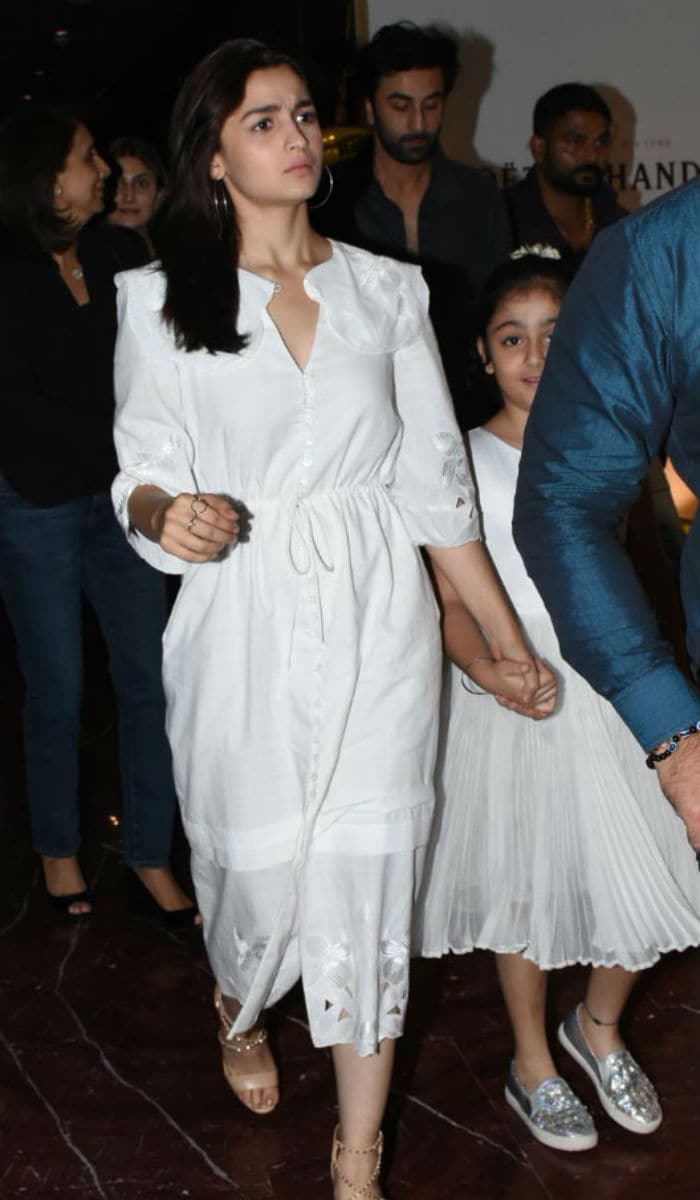 Alia Bhatt and Ranbir Kapoor are co-starring for the first time in upcoming film Brahmastra. They are currently preparing for their next schedule of the film with Amitabh Bachchan. The cast and crew will soon leave for Bulgaria for the said schedule.

Reports of Alia Bhatt and Ranbir Kapoor dating started doing the rounds on social media after they arrived together at actress Sonam Kapoor's reception in Mumbai. Recently, Ranbir Kapoor kind of confirmed their relationship telling GQ: "It's really new right now, and I don't want to over speak."

From scraps of information on social media, we also know that Alia Bhatt gets along well with Riddhima and Neetu Kapoor. Riddhima, who is a jewellery designer, recently gifted a bracelet to Alia, which the actress "loved." Neetu Kapoor and Alia Bhatt often comment and counter-comment on each other's Instagram posts. 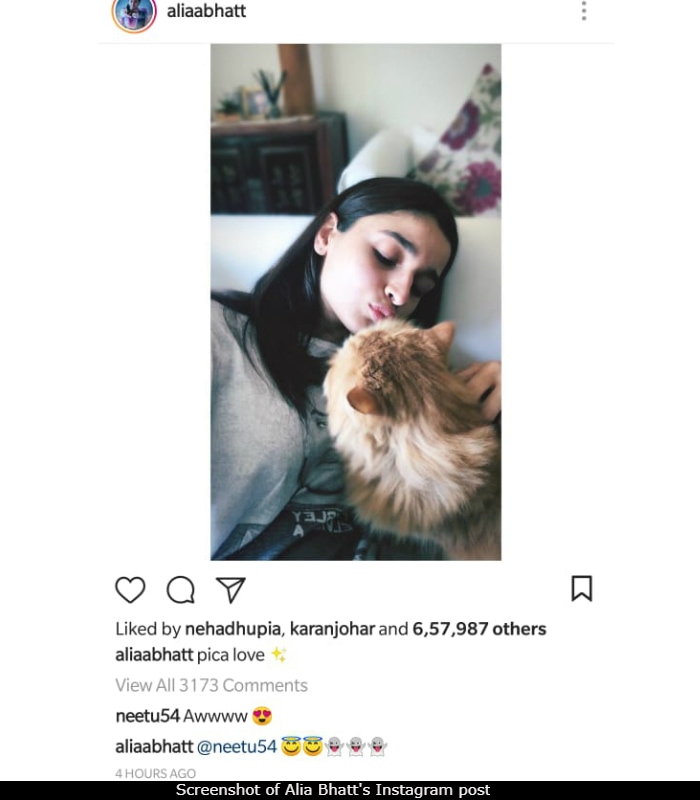 Promoted
Listen to the latest songs, only on JioSaavn.com
We also know that Neetu Kapoor attended Alia's birthday celebration in Bulgaria with the rest the Brahmastra cast and crew:

Brahmastra is a trilogy, the first part of which is scheduled for 2019 release. The film is directed by Ayan Mukherji and produced by Karan Johar.