"It needs time to breathe and it needs space," Ranbir Kapoor on dating Alia Bhatt New Delhi: Did Ranbir Kapoor just confirm that he's dating Alia Bhatt? He sort of did. "It's really new right now, and I don't want to over speak," he told GQ in his interview for GQ India June 2018 issue. "It needs time to breathe and it needs space," added the Sanju actor. About his bonding with Alia, Ranbir said: "As an actor, as a person, Alia is - what's the right word? - flowing right now. When I see her work, when I see her act, even in life, what she gives is something that I'm aspiring to for myself." Ranbir, who opened up about the previously speculated relationship (which now appears to have been confirmed, yay!) for the first time, also added that would like more time for them to grow as a couple before talking about it more: "It's new for us, so let it cook a bit," he said.

Ranbir, who previously dated his Yeh Jawani Hai Deewani co-star Deepika Padukone and then Katrina Kaif, with whom he last co-starred in Jagga Jasoos, said that a new relationship is always synonymous with "a lot of excitement". "It's a new person, it comes with new beats," he said in the interview. "Old tricks become new tricks again - you know, being charming and romantic, all of that. I think I'm more balanced today. I value relationships more. I can appreciate hurt and what it does to a person much more than I could a couple years back," he added. 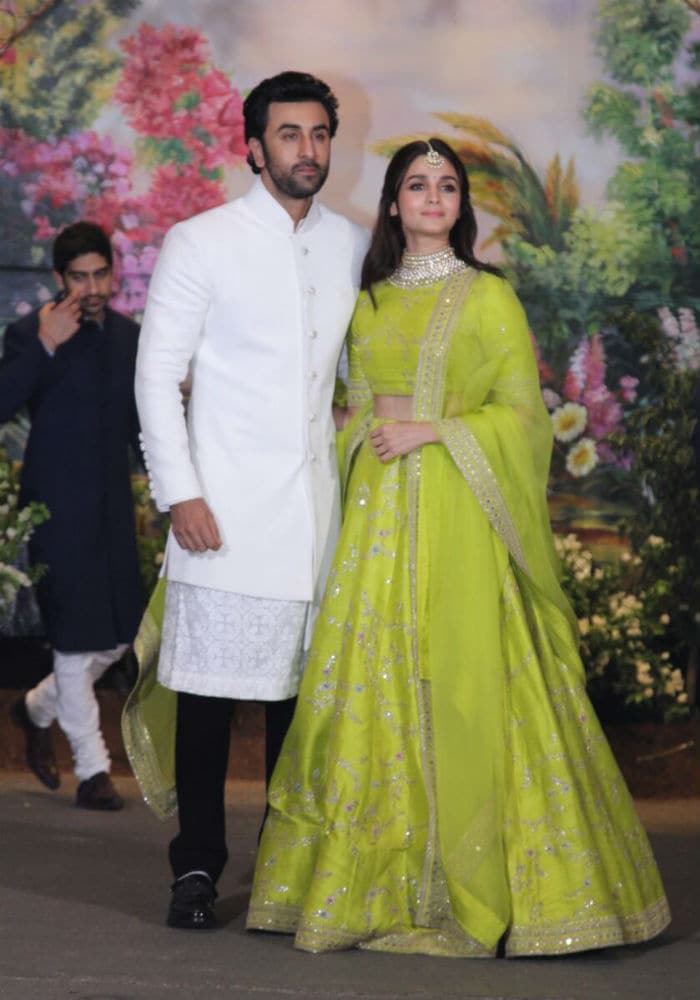 Ranbir Kapoor and Alia Bhatt are working together for the first time for Ayan Mukerji's upcoming film Brahmastra. They have wrapped the first leg of the film's schedule after which they arrived at Sonam Kapoor's reception party together after which, a post from Alia Bhatt and a comment from her sister Shaheen appeared to confirm their relationship status. Last month, Ranbir and Alia were also spotted together at a screening of Raazi and photos of them together sent the Internet into a meltdown.

This means, there will be a whole new level of excitement for fans looking forward to Brahmastra, which will be made as a three-part epic drama, also starring Amitabh Bachchan and Mouni Roy. The first part of Brahmastra releases next year.