Panipat will open in theatres tomorrow 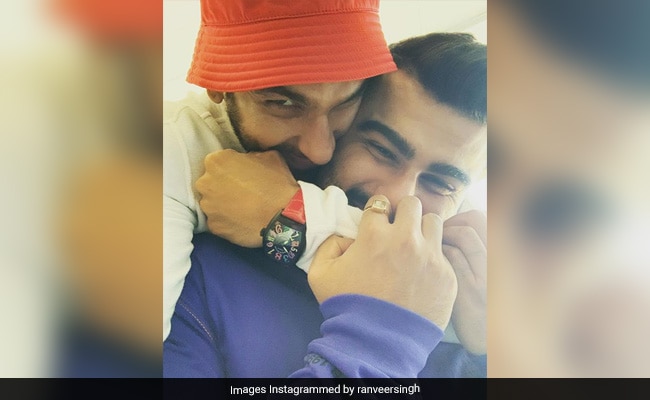 Arjun Kapoor's Panipat is all set to open in theatres tomorrow and ahead of that, his friend Ranveer Singh wished him in a special way on social media. Ranveer shared an adorable picture on his Instagram profile, in which he can be seen hugging Arjun Kapoor tightly. The actor, making reference to his character from the 2015 film Bajirao Mastani and Arjun Kapoor's character from the upcoming film, wrote: "Bajirao and Sadashiv Rao. Go forth and conquer! #BabaPower." Ranveer played the role of Maratha warrior Peshwa Bajirao in the 2015 blockbuster while Arjun will be seen playing the role of Maratha warrior Sadashiv Rao in his upcoming film Panipat. Sadashiv Rao was the nephew of Peshwa Bajirao.

Arjun Kapoor and Ranveer Singh's friendship blossomed after they appeared together in the 2014 film Gunday. The film also featured Priyanka Chopra.

The duo often trend for their bromance. Recently, in an interview with mid-day, when Arjun Kapoor was asked about his rapport with Ranveer Singh, he said he is Deepika Padukone's souten. LOL. "He still sends long voice messages after watching my songs and kisses me on the cheeks. Our connection remains unaffected... I tell Deepika that I am her souten," Arjun Kapoor told the publication.